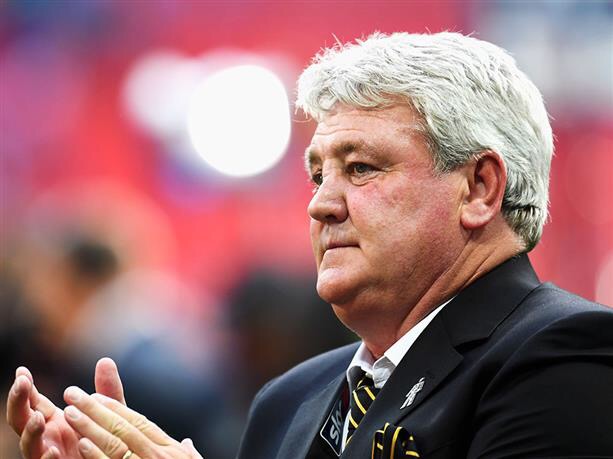 Steve Bruce has confirmed that he intends to remain at Hull City this season amid speculation surrounding the former Manchester United defenders future.

Bruce helped to guide Hull City back to the Premier League after a 1-0 victory over Sheffield Wednesday in last months Play-Off final at Wembley.

Since then, his future has been shrouded in mystery, amid speculation he could leave the club.

However the manager has released a statement today clarifying his position. It Reads:

I wanted to take this opportunity to address the clubs supporters following recent speculation in the press regarding my future.

Despite the talk of potential take overs, my focus is on what happens on the pitch and as far as I am concerned it is business as usual.

Since the Play-Off Final I have been in contact with our Board of Directors and other officials at the Club on a regular basis and I am confident we all understand what we need to do to be ready for the Premier League season ahead of us.

We plan to make improvements to our squad in the coming weeks and a transfer budget and wage structure has been set by the Board for the new campaign. It is simply not correct that I have been told I cannot sign any players as reported in the media this week. We are already looking at potential targets in order to strengthen the squad. In addition to strengthening, we have also started working on several other projects including alterations at our training ground in Cottingham.

Preparations for next season have been well underway since we left Wembley in May and I am looking forward to joining up with my players and staff in Portugal next week for our pre-season training camp.

As supporters we need you now more than ever, let’s make the KCOM Stadium a difficult place for teams to come to next season starting with Leicester on the opening weekend.

Thank you for your continued support.

Bruce had been linked with a summer departure from Hull, despite their promotion campaign, following speculation around a potential change of ownership at the Humberside club. His name has even been linked with the vacant England job.