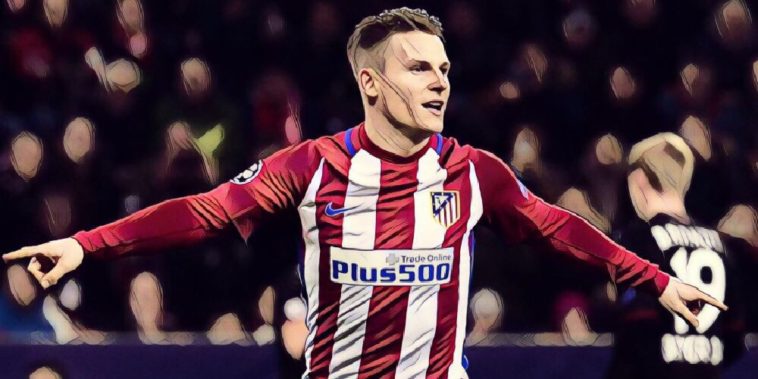 Tottenham Hotspur are lining up a move for Atletico Madrid striker Kevin Gameiro according to reports.

The striker has had a difficult time since his move from Sevilla to the Spanish capital in 2016, and the arrival of Diego Costa from Chelsea who was finally able to be registered as an Atleti player on January 1st, will not make things easier for him.

At 30-years-old, and with just two-and-a-half years remaining on his deal, he has reached a point in his career that in 6-12 months times, his transfer value will start to drop drastically.

Tottenham have informed the striker that they are plotting a move for him, either on a permanent or loan deal as they desperately need backup for the prolific forward, Harry Kane.

The England striker has been in prolific form once again, scoring 20 goals in just 22 appearances so far this season and is on his way to winning his third consecutive Golden Boot.

However, the striker does often have spells on the sidelines through injury, and with a big cup and Champions League campaign about to get underway, Spurs are keen to add reinforcements.

Tottenham’s current backup striker Fernando Llorente has started just five matches since moving from Swansea in the summer, with a further 17 appearances coming from the bench, where he has scored just two goals.

Swansea had been linked with having a shock interest in Gameiro, but the Frenchman was unwilling to move to the relegation threatened club despite the best efforts of his agent.