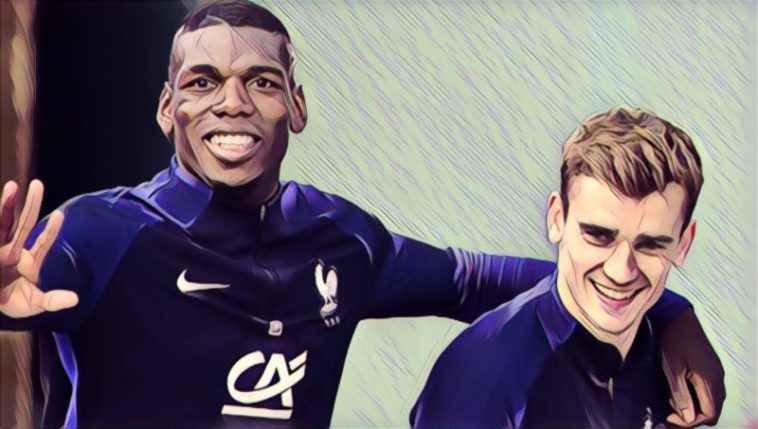 Tottenham goalkeeper Hugo Lloris has told Paul Pogba that he is ‘expected’ to be a leader for France in Russia this summer.

With just two weeks until the World Cup kicks off, the 32 teams involved are in their final preparations, and France will be going into this summers tournament as one of the favourites.

Les Blues have a whole host of talent in their side, whether it be with LLoris in goal, Varane at the back, Pogba and Kante in the middle, or the attacking riches of Kylian Mbappe, Antoine Griezmann and Olivier Giroud up front, Didier Deschamps has a team of stars at his disposal.

However having joined Manchester United in 2016 for a then World Record fee of £89 million, much is expected of Paul Pogba, both for club and country.

His stats for the season make for decent reading, scoring six goals and providing 10 assists, all while spending significant time on the sidelines through injury last season. However those stats only tell half the tale, with the Frenchman seeming to let certain games drift by him and his obvious talents.

However, with only seven games separating the start of the tournament to the World Cup final, Hugo Lloris has warned the midfielder that he needs to step up for his country:

“Paul is no longer a young player,” Lloris said. “He has collected experience with his club and with the national team.

“He has this desire to shine with the French national team. Will he be the ‘boss’? That’s a strong word but a ‘leader’ is what is expected of him on and off the field.

“He is reaching maturity and he wants to do well. But it’s also important that he focuses on his individual performance. This is the best way, to lead by example.”