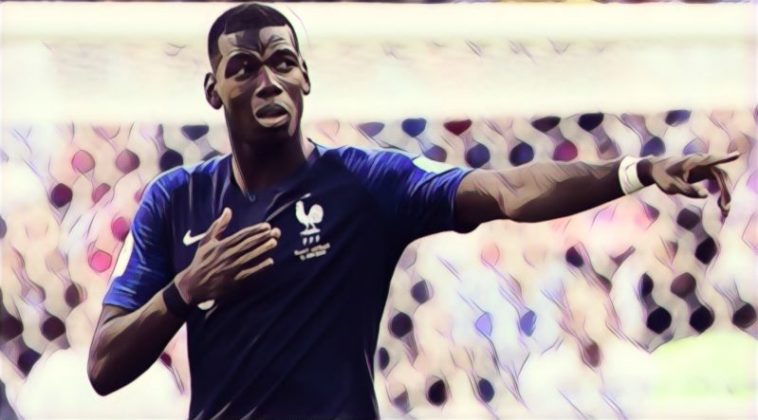 France midfielder Paul Pogba has been described as a ‘true leader’ after a number of impressive performances at this summers World Cup.

The Manchester United man is a constant focus of many peoples attentions, most likely due to the World Record £89 million price tag that was slapped on him when he swapped Turin for England’s North West back in 2016.

Despite being a central midfielder, he has often been criticised for his lack of goals and creativity at times, as well as accused of having a lack of tactical nous and defensive mindedness.

However, while the 25-year-old hasn’t scored or assisted any of France’s goals at World Cup so far, his performances for Les Bleus this summer have silenced some of those critics, putting in a number of dominant performances.

He has now received the backing of his teammate Hugo Lloris, who has said that he is a true leader for his country:

“He’s accumulating experience, be it with Manchester United, Juventus – now he’s lining up more seasons, more caps. He’s starting to grow in the locker room also and that is a good thing because he’s a true leader.

“He’s a very ambitious player. We all know he’s extremely talented and he has a lot to offer the team and his team-mates.

“I think that these big competitions are also good to reveal the talent of players and I’m sure it’s going to be the case for Paul.”