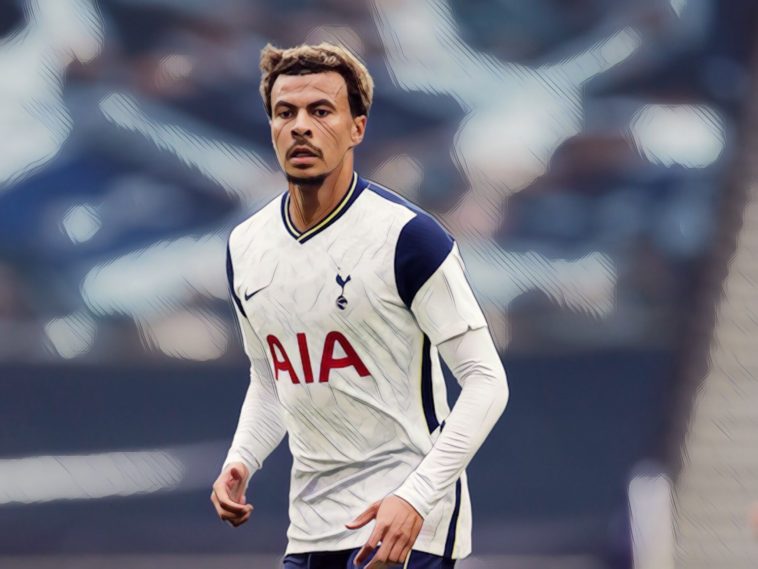 Tottenham’s players have been left ‘stunned’ as Dele Alli edges towards the exit door after being left out of the squad for the club’s past two fixtures.

Alli was included in the starting side for Spurs‘ opening day defeat to Everton before being substituted at half-time following a poor performance, with the England international since left out of the squads to face Lokomotiv Plovdiv in the Europa League on Thursday and for the weekend win at Southampton.

The 24-year-old has struggled to replicate his best form over the past two seasons after initially bursting onto the scene with the north London side, winning back-to-back PFA Young Player of the Year awards and establishing himself as a regular in the England side.

Alli scored 18 league goals during the second of those award-winning campaigns but has failed to return similar numbers of late, scoring just eight times last season amid form and fitness issues while falling down the pecking order amid Spurs’ increased creative options.

Alli has also lost his place at international level in recent months and now faces an uncertain future at club level, with the Daily Mail reporting the midfielder could be allowed to leave on loan before the closure of the transfer window next month.

According to the report, there is a ‘mutual feeling’ from both club and player that a change of scenery could help reignite his faltering fortunes, with overseas sides the preferred route as opposed to strengthening a domestic rival. PSG have been linked with a move for the midfielder in recent days.

Spurs are unlikely to sell the player on a permanent basis in the current climate amid a dip in both the transfer market and Alli’s value, his stock having fallen significantly since first emerging as one of English football’s brightest talents.

Paris Saint-Germain and Inter Milan have been linked as potential suitors for a player who will be desperate to secure regular first-team football. Alli faces a serious fight to reclaim his England place ahead of next summer’s European Championships.

See Also: Five successful British footballing exports and how they fared when they returned home