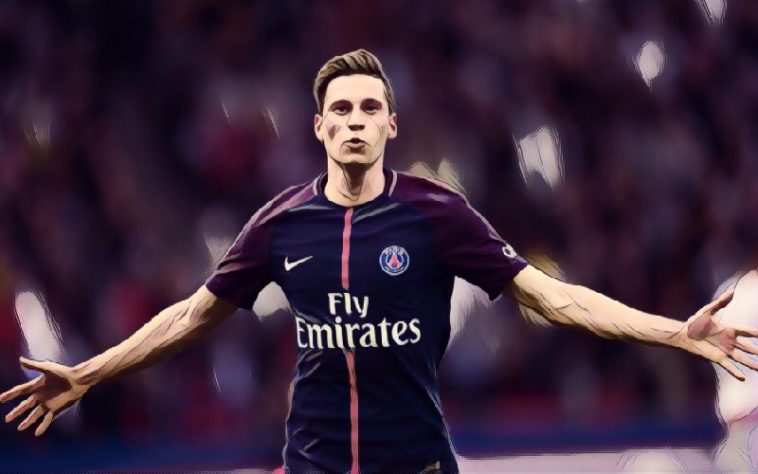 Tottenham have been offered Paris Saint-Germain midfielder Julian Draxler as a potential replacement for Christian Eriksen.

Eriksen’s future at the club remains uncertain, with the Danish midfielder admitting he ‘wants to try something new’ amid interest from Spanish giants Real Madrid.

Inter Milan are also said to have expressed an interest in the 27-year-old, who has just one year remaining on his contract at North London.

According to the Daily Mirror, PSG have now offered Mauricio Pochettino’s side Draxler, with the German international deemed surplus to requirements at the French champions.

The 25-year-old is rated at around £35m, with PSG looking to sell players as they bid to comply with Financial Fair Play regulations.

Capped 49 times by Germany, Draxler would be able to fill the void left by Eriksen with the midfielder comfortable in an attacking role either centrally or from the left-hand side.

Despite his availability, the German is not believed to be a priority for Spurs who are targeting a move for Real Betis star Giovani Lo Celso. The midfielder has shone since moving to La Liga, ironically from PSG, in 2018 and the 23-year-old Argentine is believed to be valued at around €70m.

Pochettino’s side have also been linked with a move for Sporting Lisbon’s prolific midfielder Bruno Fernandes. The 24-year-old scored 28 goals in all competitions for the Portuguese side last season and is also reported to be interesting both Manchester clubs.