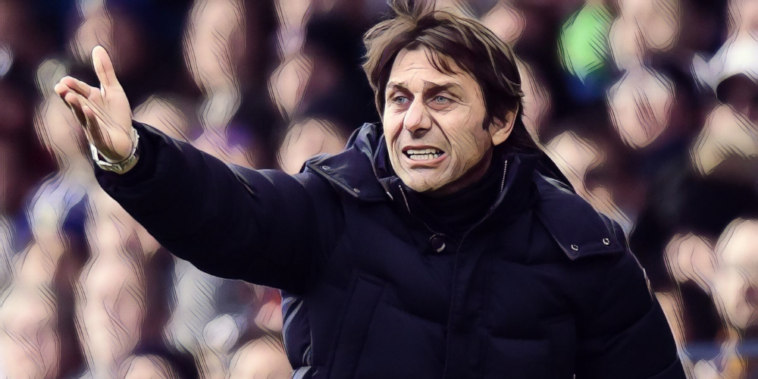 After seeing his side lose three league games in succession, Spurs manager Antonio Conte appeared to be critical of his team’s transfer policy. During the recent January window, the club allowed four players to leave while only two arrived at the Tottenham Hotspur stadium.

Three of those departures involved loan moves but, for now, Spurs are weakened numerically. Conte made reference to that amid what was a poor run for the north London club.

Of course, things can change quickly in football and, having beaten league leaders Manchester City, there is a sudden air of positivity at Tottenham. Harry Kane scored twice in that 3-2 win at the Etihad and, as always, the England captain is pivotal to his team’s future success.

Antonio Conte also hinted that Spurs need to buy players who are ready to perform at the highest level, rather than rely on young talent that needs to be developed. The owners now need to back their manager but they also need to back their star player at the same time.

Plenty left to Play for

Three defeats in succession had left Spurs floundering in the race to claim a top four finish. The first three Champions League slots appear to be sewn up with Manchester City, Liverpool and Chelsea establishing a gap over the chasing pack.

That leaves just one UCL spot up for grabs and there are a number of teams in contention. Spurs, Manchester United, Arsenal, West Ham United and Wolves are all in with a genuine chance of finishing in that crucial fourth place.

Who will get over the line? According to the best football betting sites in 2022, Manchester United are the favourites with Spurs and Arsenal set to be their closest challengers. Those odds are supplied by sources close to Sbo.net and there is plenty of time left for the figures to change.

With several important games left between now and the end of the season, the markets will fluctuate and Sbo.net will inform their readers of any updates as they come in. While on the site, it will also be possible to take in news and opinion pieces relating to football and the wider footballing world.

Harry Kane has been nominated for February’s @premierleague Player of the Month award! 🏆

Armed with all of that information, visitors can get involved with the markets if they wish to do so. Any operator listed within the recommended sportsbooks is available to take on new customers who will be able to find welcome promotions in return for signing up.

Once on board, there will be a series of payment methods with which to get the account moving while fast customer service facilities and the ability to stake via a mobile app will also be in play.

It’s an obvious site to use if you want to assess those markets but can Spurs close out that final Champions League position?

In Need of Support

On occasions, Spurs’ targets have been derailed by injury to their main striker. The club relies so heavily on Harry Kane and they struggle to compensate when he is forced to be absent from the field of play.

Tottenham have signed a number of back up strikers in the past: Fernando Llorente and Vincent Jansses are two centre forwards who have previously been employed at the club but no senior attacking player wants to be sitting on the bench.

Somehow, Spurs have to find a way of playing two strikers if they are to move forward.

New Arrivals or Promotion from Within?

Two young, reserve strikers are waiting for a chance at Tottenham Hotspur. Both Troy Parrott and Dane Scarlett have made first team debuts in recent years but neither forward has laid claim to a regular place.