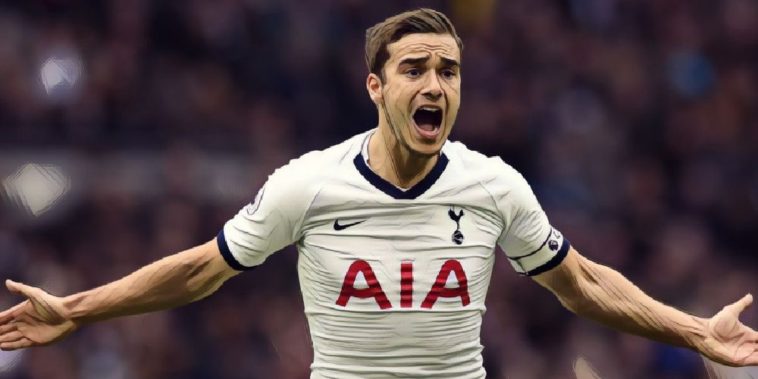 Harry Winks has spoken of his pride after being handed the captain’s armband for Tottenham’s defeat to Wolves last weekend.

The academy graduate was handed the Spurs captaincy for the first time in the absence of injured duo Hugo Lloris and Harry Kane, with senior teammates Jan Vertonghen and Toby Alderwerield also only named amongst the substitutes for the 3-2 reverse at the Tottenham Hotspur Stadium.

Despite the defeat, it was a special occasion for the 24-year-old having come through the ranks at the north London side and Winks has revealed his reaction to Jose Mourinho’s naming of the midfielder as captain.

“The manager told me before the game that I would be captain and it was a special moment,” Winks told tottenhamhotspur.com.

“I couldn’t wait to tell my family and they were so proud as well, but it takes away how special it is when you lose the game.

“I’ll go away and I’ll look back at this as a really proud day for me and my family to captain Spurs and to have the opportunity to lead the players out was really nice, but to come away with a defeat nullifies that a little.”

The defeat leaves Spurs seventh in the Premier League and five points adrift of the Champions League places, and Winks spoke of his frustration at failing to secure a positive result following a much-improved performance.

“It was a strange game, we played so well,” he added. “We were in control in the first half and it didn’t look like it was going to go any other way than us winning.

“It’s probably one of the best performances as a team we’ve had this season.

“We did everything the manager said to do from last week’s game (at Chelsea) when we weren’t good enough. We were aggressive, we kept the ball, we created opportunities. It’s such a shame that we lost.

“It’s tough. We haven’t seen the goals back but there are obviously things we should have done better. The manager has told us what he believes we should have done, and we know it as well. When you’re winning you have to be cuter and find ways of stopping the transition, stopping the counter and we weren’t good enough at that today. Everything else we were spot on with, but that’s the way we lost the game.”