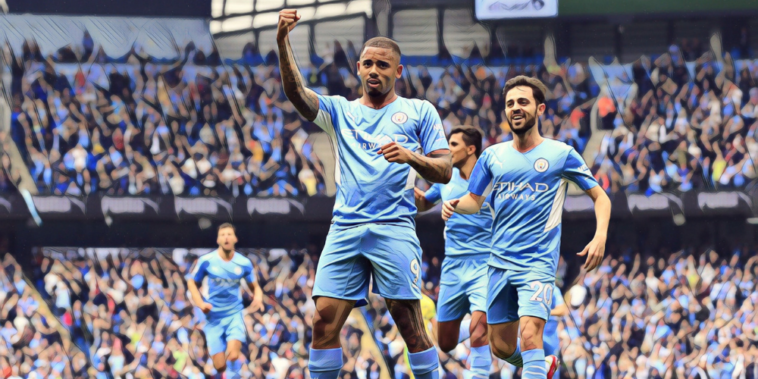 Tottenham are hopeful of beating Arsenal to the signing of Manchester City forward Gabriel Jesus.

The north London rivals are competing for the signature of the Brazil international, who has expressed his desire to leave City this summer and secure regular first-team football.

Arsenal have made Jesus their leading transfer target as the Gunners look to add a centre-forward to their options, but now face strong competition from a Spurs side who edged their capital rivals in the race for Champions League football last season.

The Mirror are reporting that Antonio Conte is hopeful of securing a deal for Jesus as Spurs’ busy summer of recruitment continues, with the club having already sealed the signings of Fraser Forster, Ivan Perisic and Yves Bissouma.

Jesus’ willingness to operate wide or centrally appeals to Conte and his recruitment team, who are restructuring the Spurs squad ahead of their Champions League return.

Jesus has made it clear his desire to leave the Premier League champions, with the arrivals of Julian Alvarez and Erling Haaland set to increase the competition for places in Pep Guardiola’s squad.

The 25-year-old – who enters the final 12 months of his deal at the Etihad this summer and is valued in the region of £50m at City – scored 13 goals in 41 appearances across all competitions last season.