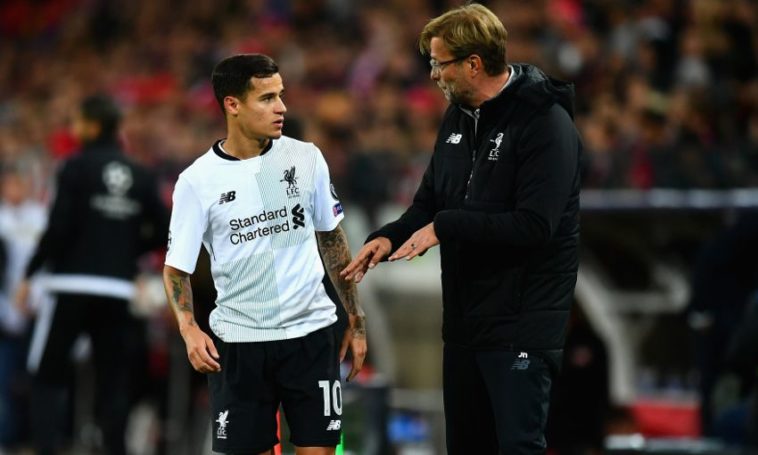 Liverpool somehow failed to beat Spartak Moscow in what will go down as a disappointing result for the Reds. Here are five things we learned.

It is quite simply amazing that Liverpool only scored one goal in this match. 17 shots is only around a half of what they managed in their 1-1 draw with Burnley but they deserved far more goals.

The final pass for Liverpool seems to be constantly letting them down. Coutinho, Salah, Firmino and Mané are outstanding at creating chances but converting them is another story. It doesn’t seem to matter which one of the quartet is presented with the shooting opportunity all of them are somehow failing.

These problems only increase the pressure on Liverpool to start a recognised striker that is a proven goal scorer. Despite Klopp’s admiration of Firmino’s pressing and link-up play he needs to find a balance in creativity and clinical finishing.

Coutinho back with a Bang

It’s fair to say Philippe Coutinho’s summer was eventful. Despite the Brazilian clamouring for a move to Barcelona he is still a Liverpool player. After recovering from a “back injury” and getting back to full fitness he looks to be every bit as good as he was before the Barcelona saga.

Some questioned whether Coutinho would have the right mentality to play for Liverpool after what happened and whether he would even decide to play. Thankfully for Liverpool there seems to be no issues with Coutinho, on the surface at least. That is probably because he needs to ensure he is selected for the World Cup next year and to keep Barcelona interested.

Only Coutinho knows what he is really thinking but whatever that may be Liverpool will be delighted he is looking like a top class player again.

The only time Karius was really asked a question of against Spartak was the free-kick he had to face. The shot from Fernando found its way in to the net despite being within reach of Karius. It should have been a simple save for Karius and he’s done himself no favours in winning over his critics or inspiring confidence in the defence.

It’s still early days in Karius’ Liverpool career but his recent performances are not winning him many plaudits. Karius has progressed as a ‘keeper since signing for Liverpool but he is nowhere near the level he should be at. His progress has been much too slow and he needs to improve quickly to stand any chance of getting the number 1 jersey from Mignolet.

Spartak Moscow clearly don’t require the fitness levels to perform in the Russian League as a team in the Premier League would need. However, it is still surprising how often the Spartak players were going down with cramp.

The injury to Rebrov was not fitness related but the rest of the Spartak team looked well short of the fitness levels you would expect from a Champion’s League team. Many of them seemed to be struggling with muscles issues only 60 or so minutes in to the game.

Spartak Moscow and Liverpool have both started the group stage with two draws. However there will be two completely different moods in the opposing dressing rooms.

Spartak Moscow started with a 1-1 draw with Maribor which would have been a disappointing result for them. However they will be delighted with the draw against Liverpool. Despite the contrasting emotions they are still likely to finish in third and drop in to the Europa League.

The end of match two in Group E of the Champion’s League sees Sevilla top the group after drawing with Liverpool and beating Maribor. They stand on four points whilst Liverpool and Spartak Moscow trail with 2 points. Maribor prop up the group with just one point.