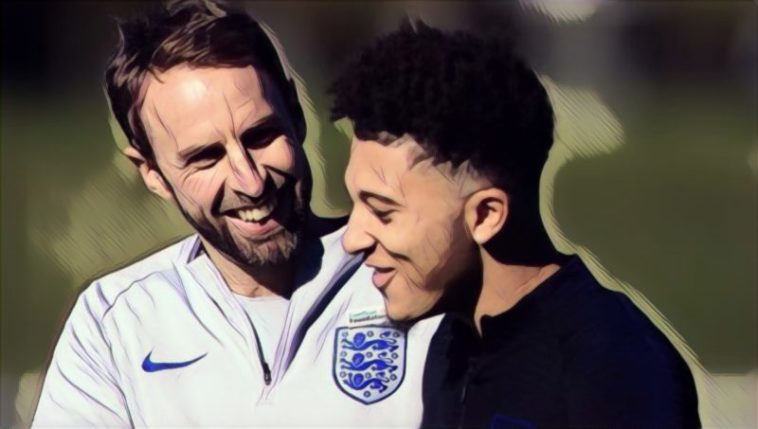 Gareth Southgate has suggested the Premier League will be more of a ‘challenge’ for Jadon Sancho as speculation continues to link the Borussia Dortmund star with a return to English football.

Sancho has flourished since making the decision to leave Manchester City for Germany in search of first-team football, establishing himself as one of the Bundesliga’s finest talents and amongst the most exciting young players in world football.

The 20-year-old’s performances have seen him break into the senior England side and Southgate has been keeping a close eye on the winger’s development, which could include a potential move to the Premier League this summer.

Manchester United have been strongly linked with a big-money move to sign Sancho, though Southgate has warned the ‘talented’ youngster that a switch to England’s top tier would represent a step up.

Bundesliga players with 20 or more goal involvements this season (⚽️+🅰️)

“He’s a very talented young player – that’s clear. The Bundesliga is getting a lot of profile at the moment but it’s no surprise to us,” Southgate said on The Football Show.

“I think the interesting challenge is that Bayern [Munich] are the best team in the Bundesliga; RB Leipzig and Dortmund are performing well but the gap when you then work down the league is an interesting one when you compare it to the Premier League.

“The top teams have certainly been a challenge for English teams in the Champions League but the level I don’t think is quite the same in Germany in terms of the depth because the finances aren’t quite the same.

“Any step for Sancho is going to be a challenge but he’s developing really well.

“If I look at his age and his contribution, he’s learning the game, he’s slowly maturing – there are bits he’s still got to learn – and he has some fantastic role models in Raheem Sterling and Marcus Rashford, not only in terms of how they play but also their professionalism, their desire and hunger.”