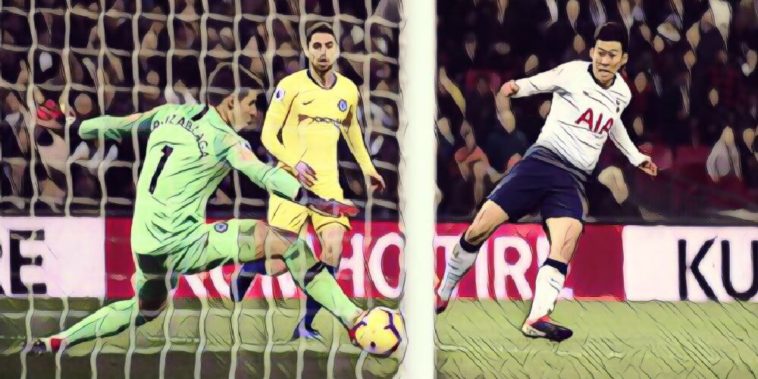 Spurs’ South Korean attacker, Heung-min Son, was over the moon with his team’s performance and win against Chelsea in Saturday evening’s Premier League fixture.

Son scored a fantastic solo goal in the second half to make it 3-0 to Spurs in a game which they would eventually run out 3-1 winners, and end Chelsea’s unbeaten start to the season.

Speaking after the game, Son said that Spurs were well deserving of their win, saying it was an ‘unbelievable night’ at Wembley.

“It’s amazing. Our performance was very good and we deserved to win. It’s an unbelievable night,” Son told BBC’s Match of the Day.

“We said it before – the first five minutes are so important. We played direct and scored an early goal.

“Afterwards we created a lot of chances. I need to be more clinical. I’m happy to get three points but I have to learn from this game. I was very sad when I didn’t score.”

Mauricio Pochettino has developed a tightly-knit bunch at Spurs in recent years and Son’s comments reflected the solidity felt within the current squad.

“I love the fans, I love these team-mates and I enjoy every single moment. I went away a long time and I came back and didn’t play very well. I felt very sorry but they supported me and I played good because of them and I’m very grateful for that.”