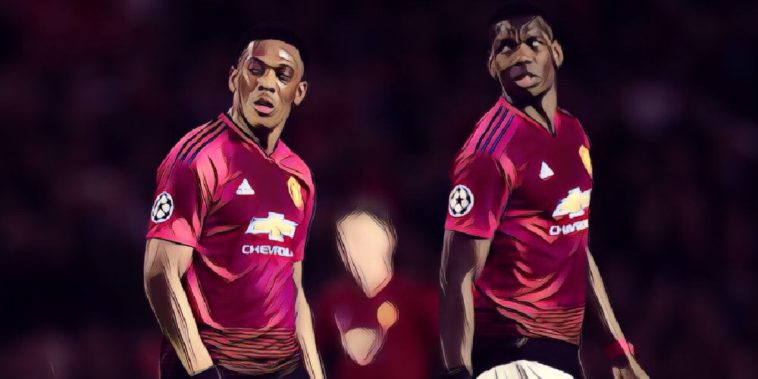 Ole Gunnar Solskkaer has said that some of his Manchester United squad are in need of a ‘reality check’ while admitting that he has spoken to some of his players about their recent form.

It has been a disappointing spell for Manchester United since Solskjaer’s appointment was made permanent, with the Red Devils losing five of their last seven games in all competitions.

They were knocked out of the FA Cup by Wolves and taught a footballing lesson by Barcelona, leaving a place in the top four the only thing left to play for.

Speaking ahead of this weekend’s game against Everton, Solskjaer has suggested that some of his players aren’t as good as they think they are.

“Most of the players have really impressed me with their attitude,” said Solskjaer at his pre-match press conference.

“But of course there are some that need to get a reality check on where they’re at.”

One player who has seen his form drop drastically is Anthony Martial, scoring just three goals in his last 15 appearances, and when asked if the Frenchman was one of the players who need the reality check, Solskjaer confirmed that he had spoken to him and a few other players about the clubs’ expectations.

“He has a massive talent, he signed a new deal and he knows we believe in him, so he needs to keep on working.

“Anyone that plays for Manchester United has to deliver to stay in the squad and Anthony is not different to the other forwards like Marcus Rashford, Romelu Lukaku and Alexis Sanchez we have to choose from.”