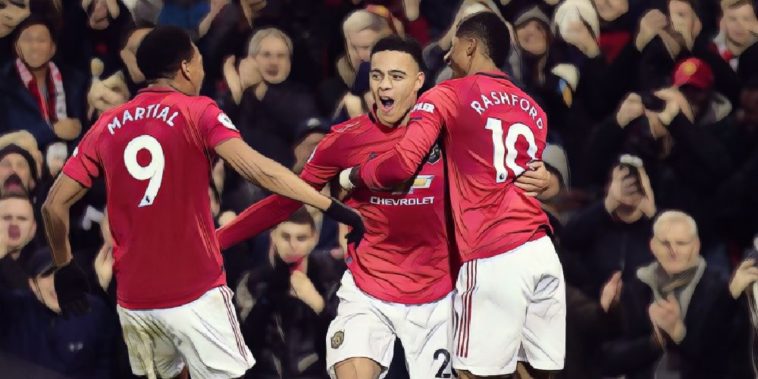 After their 2-0 loss to Watford last time out, Manchester United got back to winning ways with a resounding 4-1 win against an error-strewn Newcastle United.

There’s been a lot of talk about Manchester United‘s inability to break down the Premier League‘s so-called lesser sides this season, and the home support will have had a familiar sinking feeling when Matty Longstaff gave an in-form Newcastle side an early lead.

However, the Red Devils would manage to break Newcastle down, Anthony Martial drawing the scores level before Mason Greenwood capitalised on a poor pass from Fabian Schar before smashing home off the bar to put United in front.

Two quickly became three through Marcus Rashford, the England international nodding home a pinpoint cross from Aaron Wan-Bissaka, before Anthony Martial doubled his tally in the second half after another wayward pass from the visitors.

Speaking afterwards, Ole Gunnar Solskjaer was impressed with how his side forced Newcastle into making mistakes, while also praising the quality of his attacking players, hailing the qualities of 18-year-old Greenwood in particular.

“After going 1-0 down we made them make mistakes and we capitalised really well. We created chances against Watford too but we didn’t take them,” Solskjaer said in his post-match interview.

“Mason [Greeenwood] is a great striker of the ball. You know he is going to hit the target more times than not. The way he strikes it is nice to see and he is so unfazed by whatever happens.

“The three of them [strikers] are a handful when we can get the space we did today. These boys will never give up, this club knows that towards the end we can nick a point or even three from losing positions.”

The result lifts Man Utd up to seventh, four points behind fourth-placed behind Chelsea following their 2-0 defeat to Southampton earlier, with a short trip to face Burnley next up for Solskjaer’s side on Saturday evening.

See also – Best of the 2010’s: The six most lethal Premier League strikers of the decade