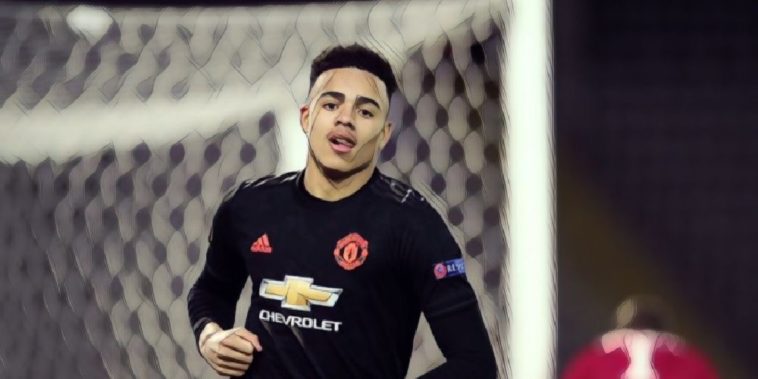 Manchester United ran out comprehensive 5-0 winners over LASK in front of an empty stadium in Austria.

With Coronavirus causing havoc across the continent, Manchester United were forced to play the first leg of their last 16 tie behind closed doors, and without any kind of atmosphere, it was a game that lacked much intensity.

However, after 28 minutes, United produced the first real moment of quality, Odion Ighalo juggling the ball to get Bruno Fernandes’ flicked pass under control, before unleashing a vicious half volley past LASK ‘keeper Alexander Schlager from the edge of the box, the Nigerian scoring his fourth goal for the club since his January move.

13 minutes into the second half and the Premier League side had doubled their lead, Dan James ending his 32 game goal drought with a tidy effort, the Welshman finding the back of the net for the first time since August.

With eight minutes to play, Juan Mata made it three, the Spaniard picking up on a superb through ball from midfielder Fred before sending Schlager the wrong way to all but secure their progress to the last eight.

However, United weren’t finished there, substitute Mason Greenwood scoring his 12th goal of the campaign as the game ticked into added time, before fellow substitute Andreas Pereira fired home the Red Devils fifth from more than 30 yards, though the ‘keeper didn’t exactly cover himself in glory with his feeble attempt to keep it out.

“You can say it was a professional but it was also a very good job.

“It wasn’t just being professional and efficient though, there were some quality football and quality finishes, some great build-up play and great through passes, runs and movements, I think we got more or less everything we asked from the boys.

“The whole 90 minutes from the whole team was excellent.”

The Old Trafford outfit have now netted 19 goals in their last six games, the club now unbeaten in their last 11, and the former striker said all five of his sides strikes were ‘high quality’.

“You can look at all of them and say they’re high quality,” he added.

“The first one for Odion [Ighalo], who had some great touches and it was very nice to see Dan [James] back on form and confident. With Juan [Mata]’s goal, what a pass [from Fred] and Juan is composed.

📹 #MUTV caught up with a VERY happy Ole Gunnar Solskjaer after our thumping win 👊#MUFC pic.twitter.com/xP05V5m1vX

“Then you have Mason [Greenwood], that’s just what he does, absolute quality. The keeper didn’t give him a lot to aim for so he had to go through both of the posts and I’m very happy for Andy [Pereira] to finish it off.

“Every goal was high quality and we should have had more.”

Next up for United is a trip to north London to face Tottenham on Sunday, where they will come up against former manager, Jose Mourinho.