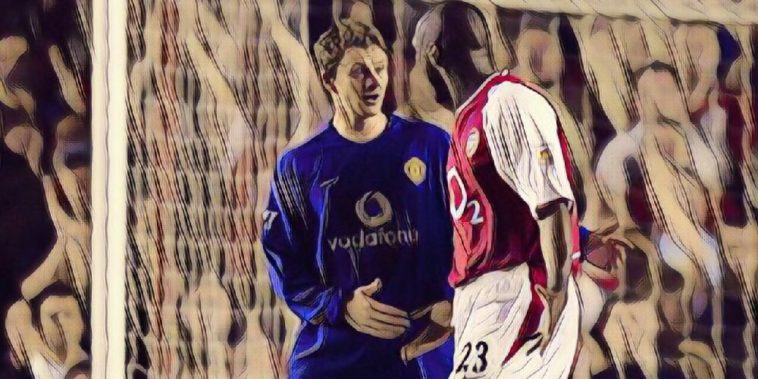 Ole Gunnar Solskjaer has described Manchester United’s rivalry with Arsenal as ‘fantastic,’ yet ‘fierce’ as he prepares to face his sides old foes for the first time since returning to the club.

United travel to North London this evening in what is undoubtedly the tie of the FA Cup fourth round, with the competitions two most decorated sides meeting at the Emirates.

As a player, Solskjaer played for Manchester United at a time when the rivalry was at its most fierce, with the two sides being the main challengers for the Premier League title.

The Norwegian was of course involved in that game against Arsenal at Villa Park in the semi-finals in 1999, and speaking ahead of tonight’s clash, the United caretaker boss has recalled some of the ‘fantastic’ games he was involved in as a player.

“Fantastic, that’s the one fierce rivalry on a football basis in my years between the two of us. Always the closest rivals, they win the double, we win the treble, and the games were just fantastic. We had a great team and they had a very good team,” Solskjaer told his pre-match press conference.

“I think I scored once against David Seaman, but the French connection they had; Henry, Vieira, Pires, Petit, I met them a couple of times in the FA Cup.

“I think I won two semi-finals but we lost 2-0 at home one year, there were some tackles flying in between the two teams. Fantastic games.”

Check out the most successful sides in FA Cup history…