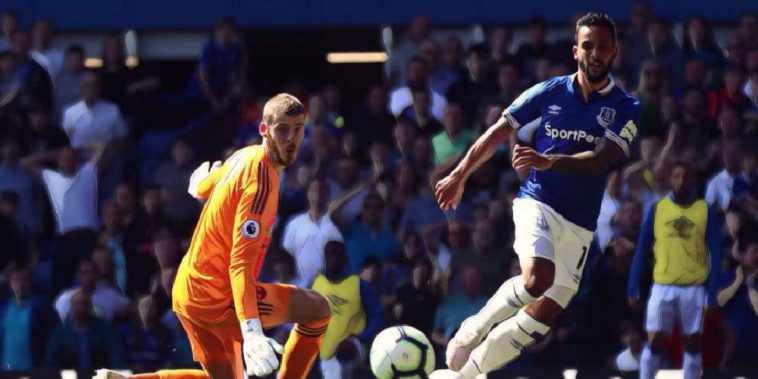 Manchester United manager Ole Gunnar Solskjaer insists his side are prepared for a battle against Everton after describing last season’s humiliating defeat to the Merseyside club as a ‘shambles’.

United host Everton at Old Trafford on Sunday looking to continue the momentum from their recent victories over Tottenham and Manchester City, the club having risen to fifth in the Premier League as they seek to secure a top-four finish.

However, despite Everton’s struggles so far this season, the Manchester United boss is anticipating a difficult encounter against a side buoyed by the appointment of club great Duncan Ferguson as interim manager, the former striker securing an impressive 3-1 victory over Chelsea in his first game in charge.

“It’s a vital period for us, of course,” Solskjaer said in his pre-match press conference. “Home games we want to get points in.

“I know Everton, they’ve had a big upturn with Big Dunc last week. I watched the game. It’s a team that’s going to come here and make it hard for us, but we need to keep carrying on. We’re too far behind. We need to keep this momentum going. Last week was good but it’s history now. There’s the next one.”

United endured one of the most disappointing afternoons of Solskjaer’s reign when they travelled to face Everton last season, the Red Devils on the receiving end of a comprehensive 4-0 defeat at Goodison Park in April.

Solskjaer admits his side are a different proposition to the one that was humiliated last season, and insists his side are ‘ready for the fight’ as they prepare to welcome the Toffees to Old Trafford.

“We lost quite clearly against Everton last year. We’ve spoken enough about what happened that day and how we looked as a team. It was more or less a shambles but I’ve said too many times this year as well, we’re not that group anymore. This is a different group, a group that’s ready for the fight and is ready for the football.”

Having risen to fifth in the Premier League and secured qualification to the knock-out stages of the Europa League as group winners, the Norwegian added he is confident his side are now heading in the ‘right direction’ as they look to recover their season following a difficult start to the campaign.

“The group is going in the right direction now,” he added.

“They’ve got a chance, every single day in training. There won’t be any leeway. There hasn’t been. You don’t play here if you don’t want to go in the same direction as the majority of the group or the whole group. If you’re the one or two odd men out, you’d probably know.”