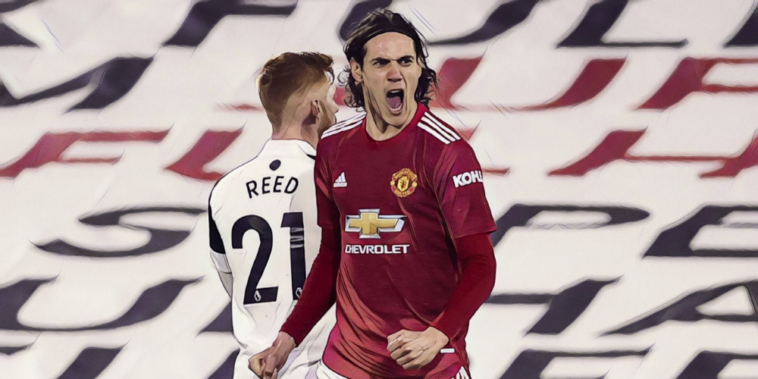 Ole Gunnar Solskjaer says he is ‘very happy’ with Manchester United’s forward options as the club look to continue their push for the Premier League title.

Man United currently sit top of the division following a 13-game unbeaten run in the league, continuing their impressive recent form with a 2-1 victory at Fulham in midweek.

Summer signing Edinson Cavani was handed a starting position at Craven Cottage and responded by scoring the Red Devils’ equaliser, with the experienced Uruguay international having netted four league goals in just four starts since his arrival from Paris Saint-Germain.

Solskjaer chose to name Marcus Rashford amongst his substitutes and also has both Anthony Martial and Mason Greenwood as alternative forward options, and the Norwegian has expressed his delight with the attacking player’s available at his disposal this season.

“I used to play in a decent team and the gaffer had at least four centre-forwards to choose from.

“We’ve got players to choose from who can get us goals from any game against any opposition.

“I’m very pleased with the ones I’ve got and we’re working hard to get the relationships with all of them.”

United face Liverpool in the FA Cup’s fourth round this weekend just a week after the two sides played out a goalless draw in the Premier League, with the winner set to face either West Ham or Doncaster in the next round.

Read – Friday Quiz: Have you been paying attention to the week’s biggest football stories?