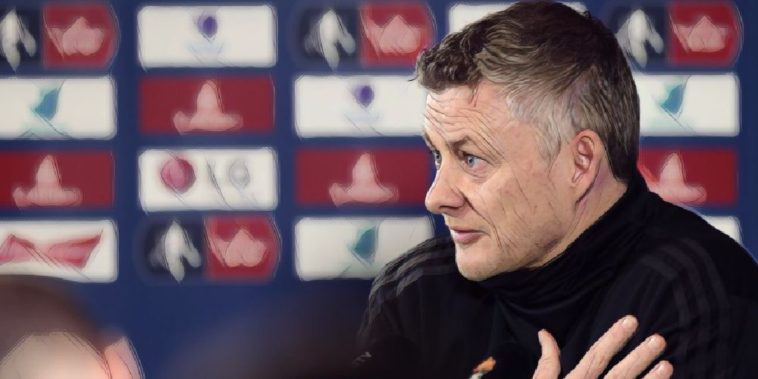 Ole Gunnar Solskjaer insists he is happy with his squad at Manchester United and revealed he doesn’t expect the club to be active during the January transfer window.

United were strongly linked with a move for Borussia Dortmund star Jadon Sancho during the summer transfer window but failed to agree a deal with the Bundesliga side, their recruitment consisting of the arrival of Donny van de Beek before a deadline day flurry of activity.

Those late arrivals included the signings of Alex Telles and Edinson Cavani, the latter having scored twice as a substitute during the Red Devils’ 3-2 win at Southampton this weekend.

United are believed to remain keen on Sancho and are also understood to be interested in strengthening at centre-back, though the club’s business is likely to wait until the summer with Solskjaer predicting a quiet window across the division.

The Norwegian believes the ongoing financial impact of the coronavirus pandemic will reduce the activity for all sides this winter, though insists he currently has a squad at his disposal capable of achieving the club’s objectives.

“It’s hard to predict how other teams (will act) and how the financial situation is,” Solskjaer told the Standard. “If teams need to sell or if they’ve got money to buy. I don’t predict a lot of ins and outs, to be fair.

“The world, financially, and in football, has changed as well also. It depends how the injury situations are at different teams.

“I feel very happy with my squad at the moment. We’re getting stronger. I still have issues every week when we only get an 18-man squad to pick from. Who do you leave out? I feel I’m in a good position.”

United made it four consecutive wins in all competitions with victory at Southampton this weekend, with attentions now turning to the Champions League and sealing progress to the knockout stages.

Solskjaer’s side currently sit top of Group H on nine points, three points ahead of RB Leipzig and Paris Saint-Germain ahead of a meeting with the former at Old Trafford on Wednesday night.