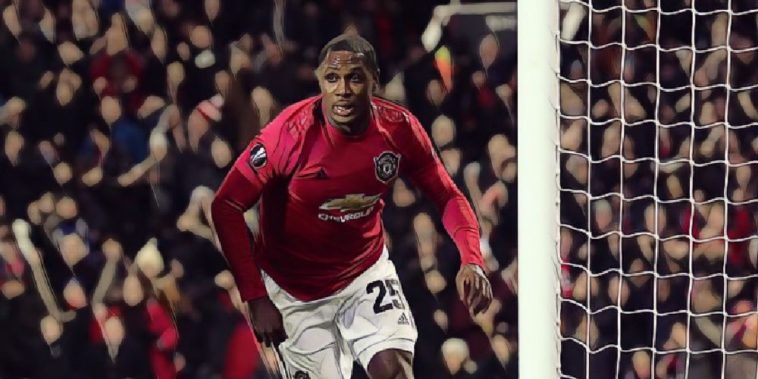 Ole Gunnar Solskjaer is demanding improvements from Anthony Martial as a number nine and has praised the ‘natural’ instincts of Odion Ighalo following the forward’s first goal for Manchester United.

Martial has scored in each of his past three appearances for the club but missed the 5-0 win over Club Brugge with a thigh injury, the Frenchman having been handed an opportunity this season in his preferred central attacking role.

Despite the 24-year-old’s recent run of goalscoring form, Solskjaer admits he still wants ‘more’ from a player who he feels needs to develop the predatory habits required of a number nine.

“If you’re a wide forward, you’re facing forwards more and running at people,” Solskjaer told ManUtd.com ahead of the victory over Brugge on Thursday night.

“Now he’s in a different position, where it is more physical and you’ve got to be stronger with your back to goal and be more patient.

“It’s your job to be in the box when the ball arrives. I’m still [on] at him.

“I demand more of him. Sometimes, the ball is squared across the six-yard line and it’s where he should be. I just nudge him and say: ‘It should have been a goal for you’.

Winter signing Odion Ighalo deputised for Martial during Manchester United‘s win over Brugge and scored his first goal for the club since arriving on-loan from Shanghai Shenhua last month, the Nigerian international turning home from close range following a cut-back from Juan Mata.

Solskjaer expressed his delight after seeing Ighalo register his first goal in United colours, and was full of praise for the 30-year-old for providing the natural goal threat the club have been lacking this season.

“I think as a striker, a fellow striker, I know how important that first goal is,” the Norwegian told BT Sport.

“He sniffs goals. He knows to be there where it sometimes hurts. For that goal, he was sharp in his head.

“The ball was played over to Juan Mata and when Juan puts it there on the six-yard line, that’s natural for a striker to be there.”