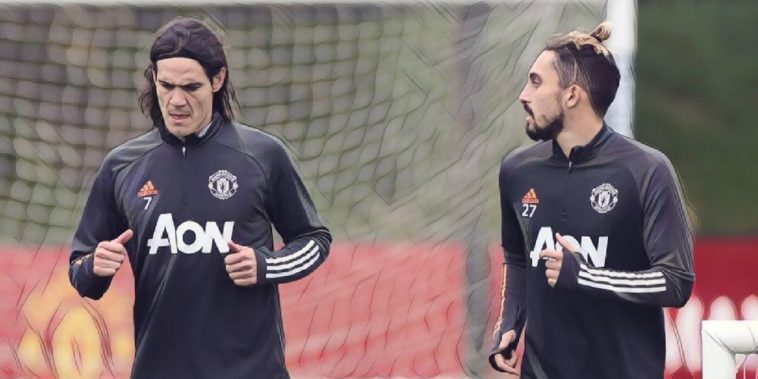 Ole Gunnar Solskjaer says Edinson Cavani ‘hasn’t ticked all the boxes’ in terms of fitness as the summer signing is forced to wait for his Manchester United debut.

After being forced to miss Manchester United‘s weekend win over Newcastle due to UK quarantine regulations, it had been suggested that Cavani could make his first appearance for the club against former side Paris Saint-Germain in the French capital this evening, though the Uruguayan has been left at home for the Champions League group stage opener as he continues to build his fitness.

Cavani trained with his new teammates for the first time on Sunday but has not played a competitive fixture since March, leaving PSG on a free transfer this summer following an injury-hit final campaign at the Parc des Princes.

The Uruguay international departed the Parisian outfit as the club’s all-time record goalscorer following a prolific seven-year spell, though Solskjaer says past achievements count for little for the 33-year-old who must prove himself at Old Trafford before being handed his first-team bow.

“He’s naturally fit,” Solskjaer told MUTV. “He is fit enough but he needs to play football with the rest of the players and be in those kinds of situations.

“Of course, you can’t live on memory, really, because it’s been a while.

“He’s very thorough, professional and he knows what he needs and what he wants. He still hasn’t ticked all the boxes before he’s available to play.”

Harry Maguire and Eric Bailly are the other notable names who have not travelled to Paris for tonight’s fixture, though Anthony Martial is expected to return to the side after missing the weekend win at Newcastle through suspension.