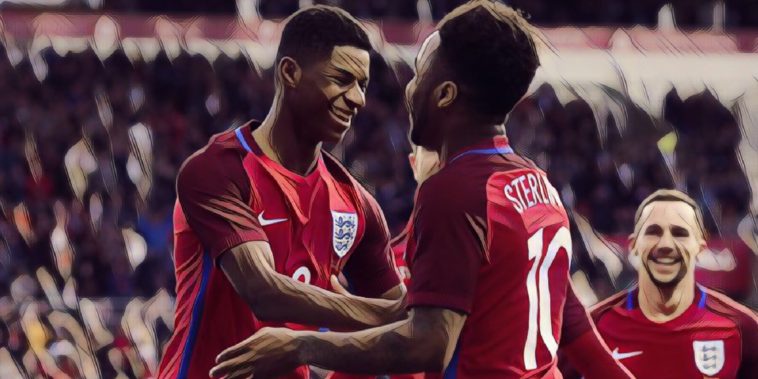 Raheem Sterling has to start for England. That is the message coming from Sky Sports pundit Paul Merson.

Sterling, on the back of his fine season for Man City was widely tipped to be one of the first names on Gareth Southgates teamsheet this summer, but Marcus Rashford’s excellent performance in the recent friendly against Costa Rica saw fans clamouring for his inclusion too.

However, speaking to Sky Sports, Merson said that the Manchester City man must start next Monday’s opening fixture against Tunisia:

“Sterling has to play for me. If Sterling doesn’t play – [England have] no chance.

“I’ve got both (in my starting XI) but if I had to pick one of them, I’d have to pick Sterling.”

While Merson might be right about Sterling needing to start, he might have taken his praise of the former Liverpool forward a little too far, claiming that Sterling can win the overall World Cup Golden Boot:

“I’ve gone for Sterling as the top goalscorer,” he said.

“One, it’s a massive price, but two, he hasn’t scored since 2015 and people will be watching this thinking ‘is he mad? 18 caps without a goal’. (But) he gets chances.

“If he clicks and he hits fire, he could be the top goalscorer, there’s no doubt. He’s got to play every game.”