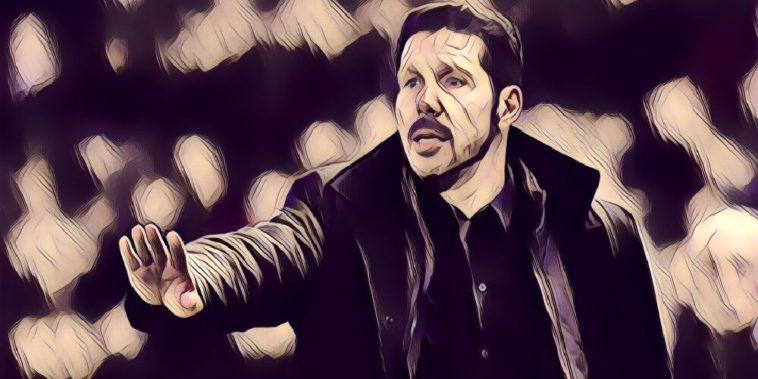 Diego Simeone has denied that he has been in contact with officials at Arsenal after seeing his name linked with replacing Arsene Wenger this summer.

The Frenchman announced his resignation last week, signalling the end of a 22 year reign at the club. However no sooner had he made the announcement, speculation began on who will replace Wenger at the Emirates this summer?

While the Atletico Madrid boss isn’t the current favourite, Sky Sports pundit Gary Neville suggested last week that Arsenal should put all of their efforts into bringing Simeone to the club.

However speaking ahead of his side’s meeting with Arsenal in the Europa League, Simeone denied having been in contact:

‘No, I haven’t spoken with anyone at Arsenal.’

The Argentine was however full of praise for the departing Gunners boss for all he has achieved in his 22 year spell at the club:

‘The first thing that comes to mind is admiration [Wenger]. He’s had to reinvent himself. I see myself as a young coach and I want to observe him and learn from him. The position he has occupied in football is wonderful.

‘Given the love he [Wenger] has for Arsenal he will want his team to continue winning.

‘It’s always great to take ideas from a coach like Wenger.’

Simeone travels to the Emirates tonight to face Arsenal in the first leg of their Europa League semi-final, and be has insisted that his whole squad are motivated to win, including former Chelsea striker Diego Costa:

‘In terms of Diego, he is just as motiviated as our backup keeper. We are all motivated. Arsenal will demand us to be at our best.’