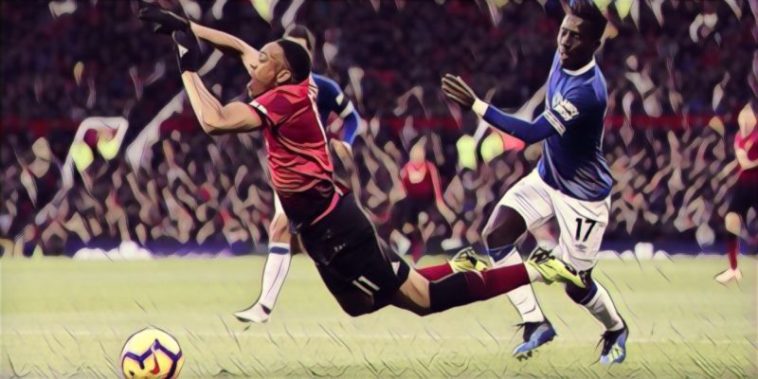 Everton manager Marco Silva was markedly displeased with the referee’s decisions in their 2-1 to Manchester United at Old Trafford.

He referred specifically to the penalty awarded to United in the first half when Anthony Martial was adjudged to have been fouled in the area by Idrissa Gueye. Red Devils midfielder Paul Pogba missed the spot-kick, but tapped home the rebound.

“It was a tough match but we came here to win. It is the only way we work. When the game is balanced in the first 20-35 minutes, the penalty starts to put them ahead in the match and more comfortable.’’ Silva told Sky Sports.

“That moment, it was no penalty. It was difficult for us. That moment makes it easy for our opponents. You are more exposed then because you have to take more risks. They scored a fantastic goal but we had a good chance to score at 2-1.

“Our one was a clear penalty, not like the first one. The referee is there in that moment and it looks like my player touched the ball. I don’t think it is a tough decision. I don’t want to talk about it more because I respect the referee.

The result leaves Everton in ninth position, having won four of their ten Premier League games under new manager Silva. The former Hull and Watford boss implied the referee in this match helped their opponents to victory, but also acknowledged they had their own chances to score more.

“One thing is clear is that without that moment, it would have been more tough for them. When you play against Manchester United and in their stadium, they create chances. The referee made things easier for them but we have to shoot better in some situations.” The Toffees boss added.