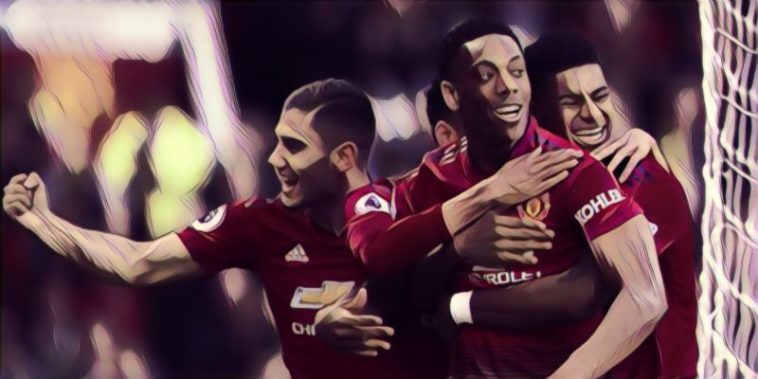 Luke Shaw has admitted Manchester United were ‘lucky’ to get 2-1 over an impressive Watford side on Saturday.

Goals from Marcus Rashford and Anthony Martial sealed the win in Ole Gunnar Solskjaer’s first game since his permanent appointment, with Abdoulaye Doucoure netting a late consolation for Watford.

England international Shaw admits his side were fortunate to have emerged with three points, saying Manchester United were not at their best during the win at Old Trafford.

“We made it harder with the way we played. There were times when we weren’t at our best,’’ Shaw told the BBC.

“We were awful in the second half, we were lucky with the result. The most important thing is the three points.

“We had a few chances but we didn’t take them. We need to get ourselves together again and focus on Wolves. We want to go there and get the win.

“I’m always confident when Rashford’s in front of goal, he likes to get in behind, it was a great finish and great composure.

“We need to forget about the game today because we were not at our best at all.

“We feel really good and confident, and fully trust Ole, and we’re looking forward to working with him for the years to come.”