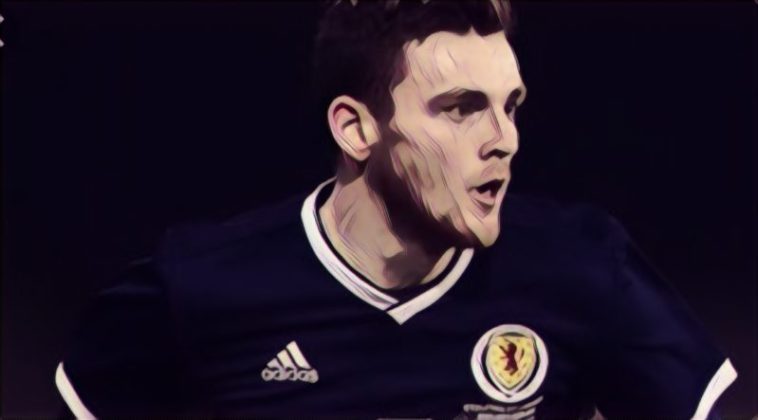 Robertson was rejected by Celtic as a youngster, but after impressing during spells with Queen’s Park and Dundee United the talented left-back earned a move to the Premier League when the Hull City manager Steve Bruce brought him South of the border in 2014.

Liverpool would come calling for the 24-year-old when the Tigers were relegated at the end of the 2016/17 season, with Robertson going from strength to strength since moving to Anfield where he has established himself as one of the top left-backs in English football.

Robertson’s meteoric rise was completed this week when it was announced that he is set to become Scotland captain on a full-time basis and his international manager McLeish reckons his skipper’s story can be used as inspiration to other youngsters who suffer setbacks early in their careers.

“It is a brilliant story. He has been playing at the top level in the last year. He hasn’t only nailed his position – he has got better and better,” McLeish told the press ahead of his sides friendly against Belgium tomorrow.

“Every week I see him on television he is making goals from left, right and centre. He is almost like an extra attacker.

“But for the man himself, for young players, it is absolutely inspirational.

“Andy has been the epitome of never-say-die, and never-give-up, which is a kind of Scottish trait.

“He kept going, he persevered and became the player that he is, but he also carries himself well in the dressing room.”