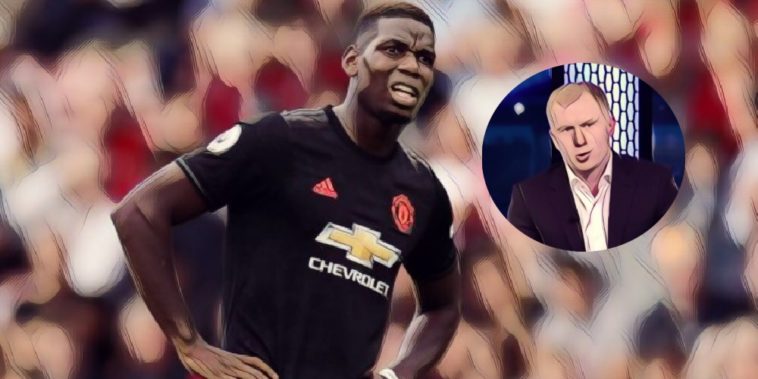 Paul Pogba’s future at Manchester United has been a topic that has rumbled on for many months now, though Paul Scholes doesn’t think his departure would be too much of loss for this former side.

There was plenty of expectation following Pogba’s £89 million move to Old Trafford from Turin in 2016, where, in fairness, he has been one of the clubs more influential players, scoring 24 goals and providing 25 assists in 99 Premier League appearances.

However, while his stats show him to be an influential part of the Manchester United squad, it’s the things that can’t be measured by stats, such as attitude, commitment and positional discipline that have seen some United fans turn on the World Cup winner.

Pogba has been strongly linked with the likes of Real Madrid, PSG and a return to Juventus in recent months, and former United midfielder Paul Scholes doesn’t think it would be too much of a loss if he were to leave at the end of the season.

“I think it’s quite clear he wants to leave the club,” Scholes told talkSPORT.

“He wanted to move to Real Madrid and for whatever reason it didn’t happen.

“If they ask him to stay for a year then we’ll see what happens. But I don’t think it will be a big loss to United [if he does go].

“At the end of the day his form hasn’t been great anyway over the last three or three years he’s been there.

“I’m sure there’s more players there who can step in and do just as good a job.”

Read: Solskjaer to make changes ahead of Europa League opener