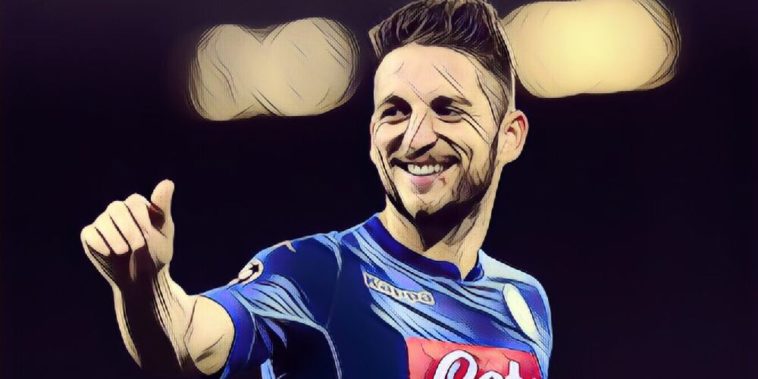 Maurizio Sarri is set to make a raid on his soon to be former club Napoli when he is finally appointed as Chelsea boss according to reports.

It is one of the Premier League‘s worst kept secrets that Antonio Conte will be leaving Stamford Bridge this summer, the Italian coach still remains in charge, although negotiations with former Napoli boss Sarri are thought to be at an advanced stage.

Once he is finally appointed as Chelsea manager, which could be as quickly as this week, reports in the Telegraph claim that he could launch a raid on Napoli as he looks to rebuild the Blues squad that missed out on Champions League qualification last season after finishing fifth.

They claim that the Italian will make a move for Napoli attacker Dries Mertens, who is currently away on international duty with Belgium at the World Cup in Russia.

He has been a target for Chelsea previously, with current Blues boss Antonio Conte interested in signing him in each of the last two summers, only for the club’s hierarchy to deem him too old and too expensive.

While that view is unlikely to have changed, especially considering that Mertens’s £24.5 million Napoli release clause expired last week, Sarri has reportedly told friends that he wants to take the forward with him to his next club after being replaced by Carlo Ancelotti at the Serie A club.

The 31-year-old, who scored 22 goals for the Italian League runners up last season, scored a fine goal in the Red Devils 3-0 win over Panama on Monday evening in their opening Group G game, a group that they are favourites to win.