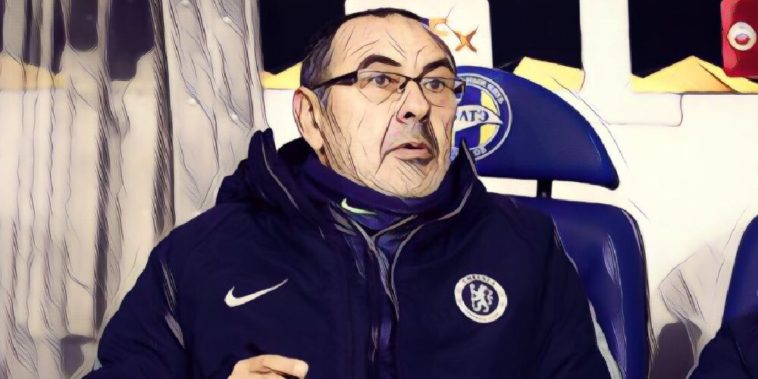 Maurizio Sarri has said that his Chelsea side didn’t perform particularly well during their 1-0 win over BATE Borisov.

Sarri made nine changes to the side that beat Crystal Palace at the weekend and struggled to break down the well-drilled Belarusian side, who looked to sit back and hit the Premier League club on the break.

Chelsea would snatch the three points, as well as qualification to the knockout stages of the Europa League, thanks to an Olivier Giroud strike shortly after the interval – his first goal in 794 minutes of football.

When asked in his post-match press conference about what was the most pleasing aspect of the evening was, Blues Sarri replied: “The result.

“I think we didn’t play very well, I didn’t like the first half because we moved the ball only horizontally and slowly, so it was hard to be dangerous.

“It was better in the first 20 minutes of the second half but we didn’t manage the last 15 minutes well. The best thing about this evening was the result.

“It wasn’t easy to play a good game here, it was all the conditions to play badly, but I think we could have done better.”

He added: “I think the first target in this competition was to qualify and now the second target is to win our group so I think we need one more point. It’s very important because then we can talk again about this competition in February, when we will have another target.”