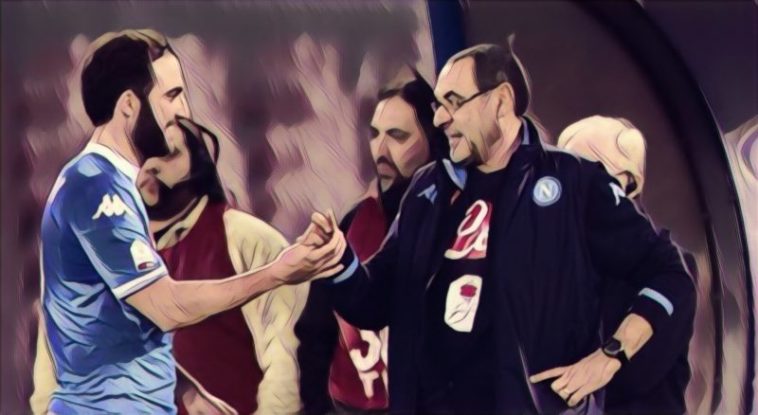 Maurizio Sarri has admitted that he regrets not being able to bring Gonzalo Higuain to Chelsea this summer having been linked with the Argentinan striker.

Chelsea were strongly linked with a move for the 30-year-old, who despite scoring 23 goals in 50 appearances last season, saw himself surplus to requirements following the Bianconeri’s £100 million signing of Cristiano Ronaldo.

Higuain had previously worked under new Chelsea boss Maurizio Sarri during their time at Napoli, with the striker netting a phenomenal 38 goals in 42 games during the 2015/16 campaign under the Italian.

However, despite the opportunity to rekindle his relationship with Sarri at Chelsea, he decided to join AC Milan instead, joining on an initial season-long loan, much to the disappointment of the 59-year-old.

“Higuain? It’s a little regret but in the end, everyone after the market has a few little regrets,” he told Sky Sports Italia.

Upon arriving at AC Milan, the 30-year-old revealed that he snubbed a move to Stamford Bridge because he felt Italian club wanted him more:

“I have huge respect for Sarri, but he was the only one who wanted me at Chelsea,” said the Argentine.

“Here at Milan everyone wanted me. The motivation and conviction they showed at Milan was fundamental.”