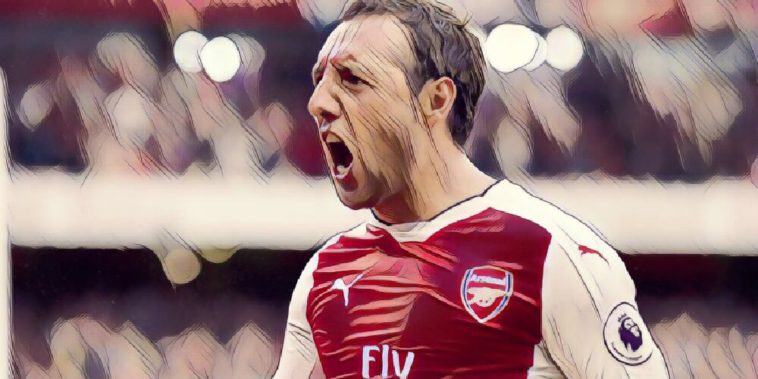 Santi Cazorla has provided an update on his injury situation, while it’s not all bad news for the Spaniard, it isn’t that great either.

Cazorla has not played for Arsenal since October last year and recently revealed he almost lost his foot due to a serious infection.

Arsenal manager Arsene Wenger had previously recealed that the Spain international might recover in time to feature again this month, but the 32-year-old has admitted that next season is a more likely return date.

Despite his seemingly endless injury problems which have seen him restricted him to jist 32 appearances in the last three seasons, Cazorla insists he is not prepared to hang up his boots just yet – despite having had TEN operations so far:

“I had many occasions when I wanted to throw in the towel on my career.

“I was told various times that it was not worth me bothering to continue. But I am going to try to give it another go.

“If things turn out well then I will probably be able to play at the top level in the coming season.

“I’m going to be able to make it. My last operation was six weeks ago, and it was my tenth.

“It could have prevented a lot of things, although it hasn’t yet solved anything.

“People have far worse problems in their lives. However, this one could have made me stop playing football.

“I don’t know whether I’ll have forgotten how to play. I’ll do some practice, and I am very eager to return.”

Back to Top
Close