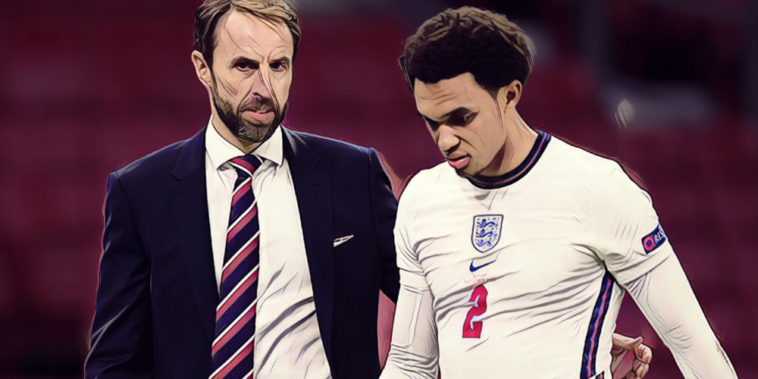 Jadon Sancho and Jack Grealish are expected to be named in the England squad for this summer’s European Championship, though Trent Alexander-Arnold is reportedly set to be a major casualty despite a recent return to form.

Gareth Southgate is currently finalising his plans ahead of this summer’s major tournament, with UEFA’s decision to increase squads from 23 players to 26 providing additional room for the manager to manoeuvre.

England will need to name a finalised squad by midnight on June 1 and the Three Lions have several injury concerns heading into the tournament, with Jordan Henderson and Harry Maguire both facing a fight to prove their fitness.

According to The Athletic, one player who is set to be included is Jack Grealish however, after the Aston Villa captain made his return from a troublesome shin problem with substitute appearances against Everton and Crystal Palace.

Jadon Sancho – absent from March’s World Cup qualifiers through injury – is also set to be named in the squad, the concerns over the Borussia Dortmund star’s early season form having been removed following a strong second half to the campaign, with the 21-year-old having now provided 20 goal involvements in 25 Bundesliga appearances this season.

Amongst the most notable absentees from March’s squad was Trent Alexander-Arnold, the Liverpool right-back’s indifferent form – coupled with a wealth of competition – having seen the 22-year-old surprisingly omitted.

Southgate is understood to have reservations over the defender’s defensive ability despite improved performances in recent weeks, with Alexander-Arnold having provided four assists in his past six league fixtures.

Kyle Walker and Kieran Tripper are expected to be named in the squad, whilst Reece James is currently ahead of Alexander-Arnold in the race for selection with it appearing unlikely England will name four right-backs in the squad despite the increase in squad size.

Alexander-Arnold’s omission is understood not to be based on talent or character and the door remains open for him to force his way back into the England squad if he can show improvement defensively.