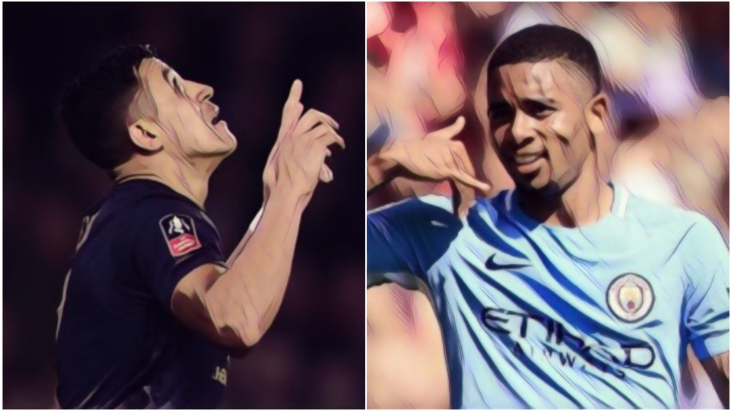 With no Premier League over the weekend, it’s time to look back at the best and worst of the fourth round action from the FA Cup, including extended highlights of some of the best games.

Magic of the Cup™ Award

Otherwise referred to as the weekend’s biggest upset, League One bottom-feeders AFC Wimbledon deserve this magical accolade for their stunning 4-2 over West Ham United.

A truly brilliant performance from the Dons saw them deservedly beat the Hammers, a side two whole divisions above them, a gap that will surely widen by season’s end.

But please, no more think-pieces asking if the magic of the FA Cup still exists, because it died a long time ago.

The new “magic of the FA Cup” involves top flight teams not giving a toss. That isn’t magical at all. West Ham etc should be ashamed.

Not particularly high on quality, but Millwall’s 3-2 win over Everton was highly entertaining nonetheless. Seemingly headed for a straightforward result after Richarlison gave the Toffees the lead with a long range effort that squeezed underneath goalkeeper Jordan Archer’s body.

The Lion’s however, would come back twice from going down before winning it in injury time with a ridiculously easy set-piece goal.

Unsurprising Millwall’s fans would also win scrap of the week if that were a thing.

Some cracking finishes this week, but nothing quite as nice as Alexis Sanchez’s from such a cute angle and against his former team as well.

This is brilliant, Everton manager telling officials to watch the TV screen, Neil Harris telling the Millwall officials to turn the telly off ???#Millwall #MILEVE pic.twitter.com/Hj1CxkqaIc

Millwall manager screamed at the stands to "turn that fucking screen off, turn it off," after asking the 4th official what Silva was moaning about.

Fan of the Round

…goes to this charming Sheffield Wednesday fan at Stamford Bridge on Sunday night.

Rant of the Week

Poor John Coleman was “sickened” after his Accrington Stanley after two key decisions went against them in their 1-0 defeat to Derby County.

'I don't know if it's because he's a Premier League referee and he thinks he can rule the roost. It's sickening!'

An astonishingly honest and open post-match interview with Accrington Stanley manager John Coleman after losing to Derby County in the #FACup pic.twitter.com/92pROoRIps

Still, kind of seems like the red card was deserved.

In all reality Millwall winning despite going behind twice to Premier League opposition would be the worthy winner, but Bristol City deserve recognition for the quality of their goals in their 2-1 comeback win over fellow Championship side Bolton Wanderers. Take a bow, Calum O’Dowda and Niclas Eliasson.

Everton weren’t the only Premier League team to suffer a giant-killing at the weekend, but to do so in a way that exposed their biggest weaknesses, specifically set-pieces and, well, defending in general, made their cup exit more embarrassing than it should have been.

Losing to a handball goal is sore enough, but the continuation of the club’s long wait for silverware will hurt even more, and may even be fatal for manager Marco Silva in the long run.

If there was one game that didn’t need to be played out, it was Manchester City’s 5-0 demolition of Burnley. We all knew beforehand that City were far too strong for their opposition and that the Clarets, in the midst of a relegation battle, could not have cared less about the FA Cup.

Peter Clarke won’t have happy memories of this cup tie, in which Oldham Athletic failed to follow up their third round win over Fulham

The centre-back literally handed Doncaster Rovers a 2-1 win after giving away a penalty by reaching his arm up for the ball in a goalmouth scramble. He compounded his misery by throwing a dig at the Rovers goalkeeper, earning himself a red card.

Clarke did make a terrific goal-line clearance in the first-half and score a late goal to make it 1-1, but Latics fans won’t be forgiving him any time soon.

One imagines that the Top Six will hold their grip on the FA Cup this season, but if there is to be an unlikely finalist then why not Watford. One of the better sides in the Premier League, the Hornets are well safe from relegation and have a good manager in Javi Gracia, the coach everyone thought Marco Silva was. All they need now, like any good cup run, is a kind draw.

Impossible to look past the talent and resources of Manchester City and not think they’ll saunter to Wembley Way.