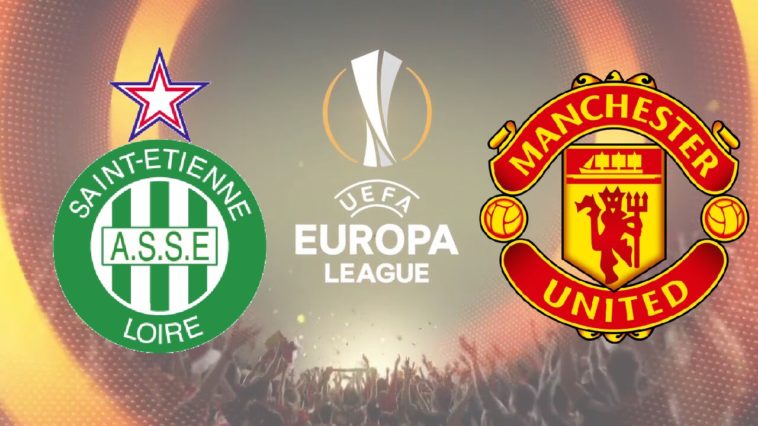 Manchester United take a three goal advantage to France in the last 32 of the Europa League.

Due to Lyon also competing in the Europa League on Thursday evening, their stadiums are relatively close, therefore meaning one game had to be played the day before.

It was a special occasion for the Pogba brothers, as Florentin and Paul faced each other for the first time. But it was Zlatan Ibrahimovic who stole the headlines, as his first hat-trick for the club gives United a comfortable lead when travelling to France.

Jose Mourinho has confirmed that Wayne Rooney and Phil Jones aren’t quite fit enough to make the Europa League tie, whilst David de Gea and Antonio Valencia were rested against Blackburn on Sunday. Ander Herrera misses the reverse fixture through suspension, meaning Michael Carrick will most likely return to United’s starting XI.

Saint Etienne made several changes at the weekend, as Nolan Roux, Jorge Intima, Ole Kristian Selnaes and Leo Lacroix all started the game vs Montpellier but not against United. It’s unclear whether their manager Christophe Galtier will keep the same team, or make changes to his starting XI.

United continued their good form by moving into the quarter finals of the Emirates FA Cup with a 2-1 win over Blackburn Rovers at Ewood Park on Sunday afternoon. As for Saint Etienne, a 2-1 loss away to Montpellier means the French club will be looking to start quickly against United and try to reduce their lead early on.

United are 1/100 to progress to the next round, so there’s little value there, whereas they are 6/5 to win the game and the draw is available at 23/10.

With St Etienne needing to go for goals, a St Etienne first goal is available at 7/5.

With a comfortable lead, Jose Mourinho may make changes to the starting XI to rest some players ahead of the EFL Cup Final this Sunday, but he did say last week that he would name a strong team in France. Saint Etienne created a few chances at Old Trafford last week, and don’t have anything to lose when they face United tomorrow evening. A tight encounter and an electric atmosphere awaits. My prediction: 1-1 on the night and 1-4 on aggregate.