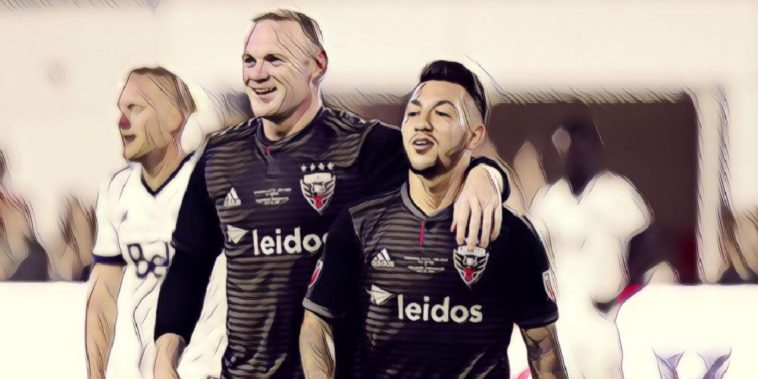 The Argentine enjoyed a hugely impressive season for the MLS outfit last season, scoring 10 goals and providing 15 assists as they made it through to the MLS play-offs.

His form has attracted a number of European clubs, with the 24-year-old being linked with a move to PSG in the January transfer window, although his proposed move to the Park des Princes fell through on deadline day.

Acosta is out of contract in October 2019 – the end of the current MLS season – and is able to negotiate a pre-contract with any non-MLS side before leaving on a free transfer.

According to The Athletic, Manchester United sent scouts to watch Acosta in action in DC United’s latest match, a 4-0 humbling at the hands of LAFC, a game in which United record goalscorer Wayne Rooney was sent off for a reckless lunge.

However, Acosta has admitted that he is flattered by the Red Devils’ interest.

“They came to see me, and obviously I just went out and tried my best.

“Today wasn’t my day, we were up against a great opponent and in reality I’m just sad for the group’s performance today, and mine too.”