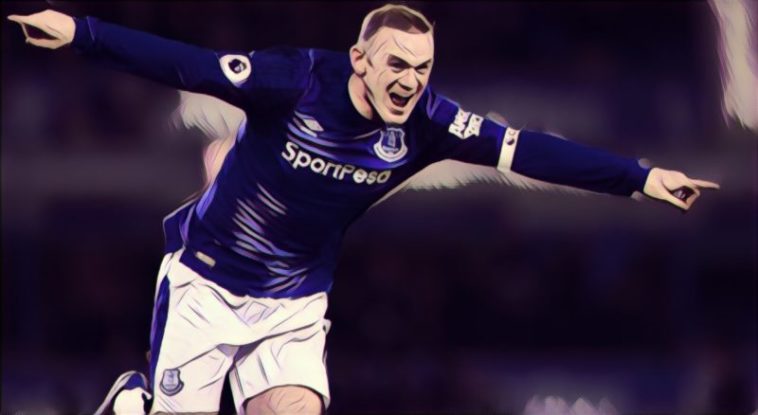 Months of speculation surrounding the future of Wayne Rooney has finally come to an end when it was confirmed that he will complete his move from Everton to MLS side DC United later tonight.

Rooney began his career at Goodison Park, taking English football by storm as a prodigiously talented 16-year-old back in 2002. His stunning displays soon attracted the interested of Manchester United boss Sir Alex Ferguson who was quick to sign up the highly rated teenager for £25 million in 2004.

Rooney would go on to enjoy a glittering career at Old Trafford and is the Red Devils all time leading goalscorer, as well as having scored the second highest amount of goals in Premier League history.

He rejoined his boyhood club Everton last season, and despite finishing the season as the Toffees top scorer with 10 goals, it was a frustrating campaign for the 32-year-old.

Rooney is also England’s all time leading goal scorer with 53 strikes for the Three Lions and is his Country’s most capped outfield player with 119 caps.

“Moving to America and MLS fulfils another career ambition for me,” said Rooney.

“I have the hunger to be a success here and will give D.C. 100 percent – as I have always done for every team I have ever played for.

“When I visited earlier this summer I was really impressed with everyone I met connected with the club, and of course the new Audi Field.

“Now I can’t wait to get on the pitch in a United shirt and join my new teammates to bring success to this club.”

TO CHECK OUT 10 OF WAYNE ROONEY’S BEST GOALS CLICK HERE !