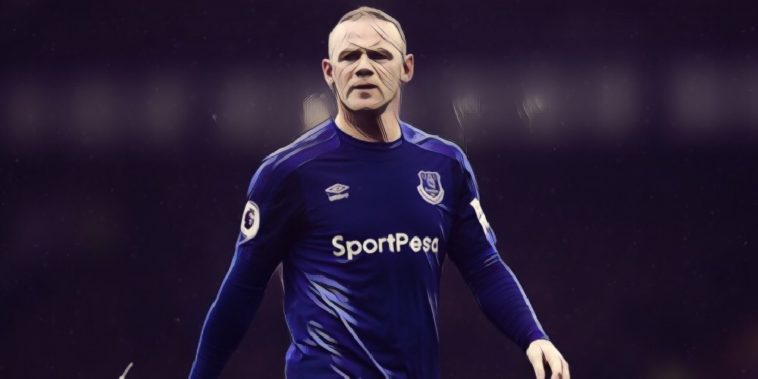 Wayne Rooney has revealed that Everton made it perfectly clear to him that his services were no longer required at Goodison Park.

The former England captain only returned to Goodison Park last summer, rejoining his boyhood club after spending 13 years down the East Lancashire road at Old Trafford.

During his time at Manchester United, he made 559 appearances for the Red Devil’s, surpassing club legend Sir Bobby Charlton to become the club’s record goalscorer with his 253 goals.

Upon returning to Everton last summer, his 10 goals would see him finish the season as the club’s top goalscorer, but despite that, he has been allowed to leave.

He has decided to join MLS side DC United, and made his first appearance for the American side on Saturday night, getting involved in two goals against the Vancouver Whitecaps, and has now described how his move away from Goodison Park came about:

“Everton made it clear if there was an offer there, they would be happy for me to go,” Rooney told the BBC.

“I understand they have brought a new manager in, got new staff, they obviously want to bring in players that manager wants.

“I am sure it will release money for the new players who come in. I am sure that was in their thinking.

“I said to them if that is what you want, I am not going to hang round and be a dead weight. I will go somewhere else and play.”

Rooney also explained how he is coming to terms with life in the USA to date:

“If DC United do well, I will be happy here. I have come here to win titles,” he said. “That is what I hope to achieve whilst I am here.”

He is also coming to terms with Washington’s extreme summer heat.

“It is tough to train in but it is the same for everyone. I just have to get used to it,” he added.

“As long as I put my sun cream on before training, I’m OK.”