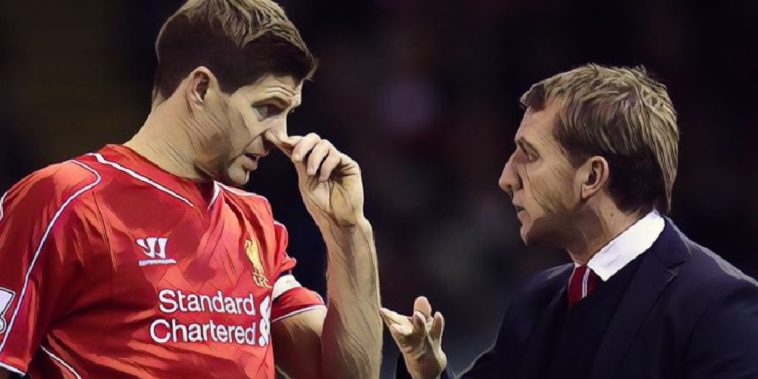 Brendan Rodgers says he is not expecting Liverpool to be retrospectively handed the 2014 Premier League title, following the investigation into Manchester City for Financial Fair Play breaches.

Man City were last week fined €30 million and banned from European competition for two seasons by UEFA, the club having been found guilty of Finacial Fair Play breaches, though the verdict will be appealed in the Court of Arbitration for Sport.

The Premier League are also said to be conducting a separate investigation into their financial conduct between 2012 and 2016, with speculation mounting that the Etihad club could be hit with a retrospective points deduction and be stripped of their 2014 title success.

Current Leicester boss Rodgers was in charge of the Liverpool side that were narrowly pipped to the title by City six years ago, though the Northern Irishman is not expecting to be handed a Premier League winner’s medal following the investigation into City’s financial dealings.

“It’s gone really. What will be will be,” Rodgers said at his pre-match press conference on Thursday.

“It won’t change anything for me. We were up against a fantastic Manchester City team and we just fell short but it doesn’t take away from what we did that year.

“I don’t overthink it. I have many other things to worry about. I can’t see that to be honest.“