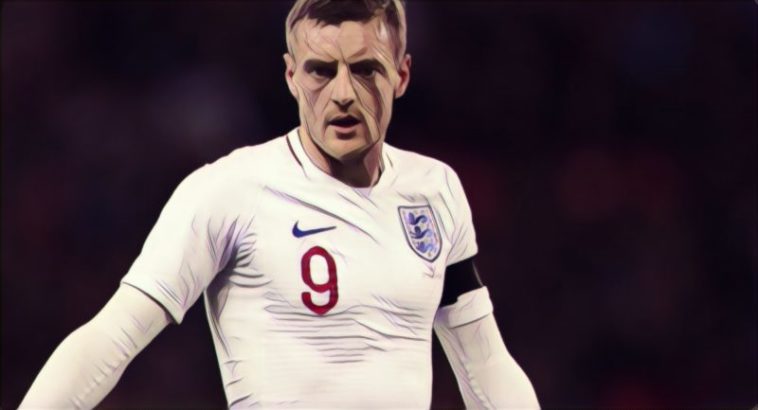 Brendan Rodgers is not expecting Jamie Vardy to make a U-turn regarding his international retirement, despite Harry Kane’s serious looking ankle injury.

England captain Kane limped off of Tottenham’s 1-0 Champions League quarter-final win over Manchester City with an ankle problem, which could rule the forward out of June’s UEFA Nations League finals.

Leicester forward Vardy retired from international duty in August, and club manager Rodgers is not expecting the 32-year-old to reverse his decision following Kane’s injury.

“Jamie’s made his decision on England – there’s nothing more to say on it,” Rodgers told the Sun.

“It’s not my job to try and talk him out of retirement, he’s very happy where he is. He gives his maximum in every training sessions, he plays in all the games.

“He is such an intelligent player, a top player, but he has made his decision internationally. He did it not just for football reasons, he did it for family reasons.”

Vardy has been in terrific form of late, having scored seven goals in his past six appearances, though Rodgers says he is doubtful Vardy will return for England despite the prospect of winning silverware this summer.

“I don’t expect it to happen,” he said. “It’s not a topic I expect Jamie to raise and I won’t be going to him about it.”