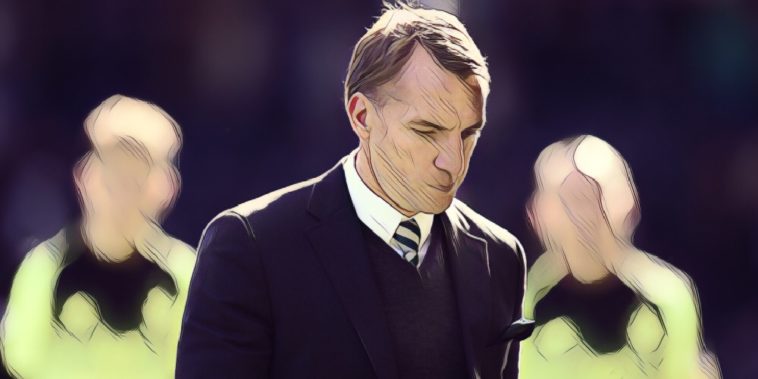 Brendan Rodgers does not think that his Celtic side deserved to win their Europa League clash against RB Salzburg on Thursday night.

The Hoops took an early lead through Odsonne Edouard but were pegged back early in the second half by a Moanes Dabour. Takumo Minamoto put the Austrian side ahead just six minutes later, before James Forrest received his marching orders, with Dabour scoring his second of the night from the resulting penalty kick.

Speaking after the game, Celtic boss Rodgers said that he was disappointed in his side’s performance and that they didn’t deserve to win:

“I think the best team won. I thought in the first half we started well and by the end of the half we had frustrated Salzburg, you could see in their game and play and we carried a threat when we broke out of our shape.

“So the first half I was reasonably pleased with, the second half we gave away disappointing goals, that was the frustration for us and then from that they gain confidence.

“And obviously when it gets to 3-1 it is a difficult game for us with 10 men.

“The positives from the first half; it was compact and tight and we gave them problems when we were positive going forward, didn’t concede too much from a defensive perspective but yes, it was a disappointing result for us in the end.”