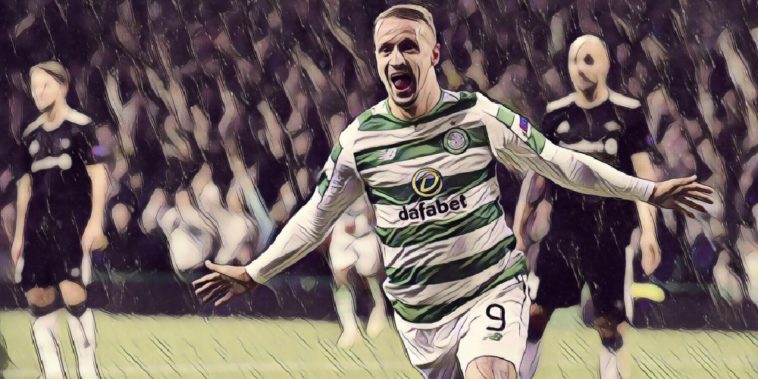 Brendan Rodgers has described Leigh Griffiths as ‘vital’ to Celtic after he scored the only goal of the game in their Europa League win over Rosenborg.

Celtic have had a difficult start to the season by their own high standards, winning just three of their five Scottish Premiership games and currently sit second behind Hearts, who have a 100% record so far.

The Hoops got their Europa League campaign underway on Thursday night, but despite having the lions share of possession against Rosenborg, they were forced to wait until the 87th minute for Leigh Griffiths to score the winner.

Speaking after the game, Celtic and former Liverpool boss Brendan Rodgers took the time to describe why the Scotland international is a ‘vital’ part of his side:

“We know Leigh can score goals so you fancy him in a game like that, that if there’s a chance he can take it. We need that in the team,” Rodgers said in his post-match press conference.

“I love working with him. He’s vital to this club here and this squad. He’s got that hunger. It’s him realising as well at 28 that when you’re at the biggest clubs, you have to fight, and he does that.

“I know that whether he plays or whether I bring him on, we have a chance to score.

“The modern-day striker is about much more than putting the ball in the net. The game has moved on and you have to participate in it tactically and understand how you’re working defensively and what your role is with and without the ball.

“That’s something hopefully he’ll tell you he’s developed over the last two years.

“He’s got this in-built brain to deal with all this. A lot of players, whatever happens in their world can be a real distraction. He learns to deal with it. I know I can rely on him.”