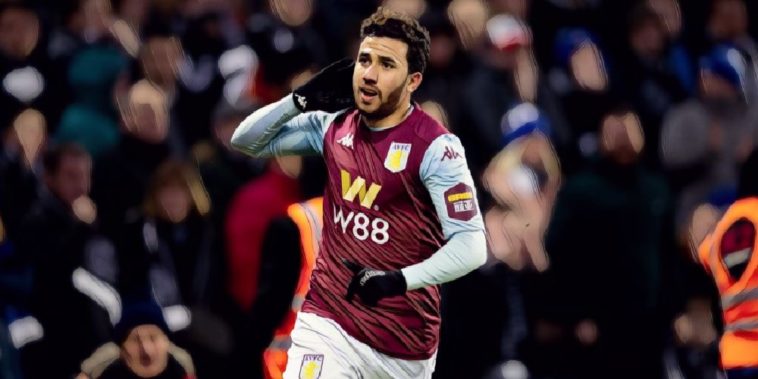 Brendan Rodgers says he is ‘absolutely gutted’ after seeing his Leicester side beaten by Aston Villa in the semi-finals of the Carabao Cup.

Trezeguet’s injury-time winner booked Aston Villa‘s place in a first major cup final for five years, the Egyptian’s dramatic winner giving Dean Smith’s side a 2-1 victory on the night and seeing the club advance 3-2 on aggregate.

Matt Targett had earlier given the hosts the lead before Kelechi Iheanacho’s equaliser swung the momentum in Leicester‘s favour, Villa relying on a string of fine saves from goalkeeper Orjan Nyland to keep the tie level until Trezeguet’s late winner.

It would prove to be a frustrating night for the visitors on an evening that would belong to Villa, Nyland in inspired form and Leicester on the wrong end of a decision by VAR, a review deciding not to award a penalty for handball after Marvellous Nakamba’s raised arm blocked a James Maddison effort.

Rodgers could not hide his disappointment as Leicester missed out on the chance to reach a Wembley showpiece, the Foxes boss insisting that his team were the ‘better side’ over the two legs

“I am absolutely gutted for the players. I thought over the two legs we were the better side,” Rodgers said in the post-match press conference.

“Firstly, congratulations to Aston Villa but we are bitterly disappointed. We created enough chances. We just switched off late on from a cross and so late in the game it is difficult to come back from that.

“I said to the players, this is what they need, getting close to finals. This will increase their determination. My only criticism is that we could have been more clinical but we can use this as a great motivator.”

Meanwhile, Aston Villa boss Dean Smith was understandably delighted to steer his boyhood club to a major final against either Manchester City or Manchester United.

“I have composed myself now,” Smith said at the post-match press conference. “I certainly let myself go when we scored that goal. We made it an entertaining game. We know how good Leicester are so I am proud of the players.

“We are indebted to Orlan Nyland, who made three saves early on. I thought in the second half we were a bit unfortunate to concede a goal but we showed character and had a goal made in Egypt at the end.

“We have a proud history in this competition so if we can go on to raise this trophy for a sixth time as a club I would be a very proud man.”