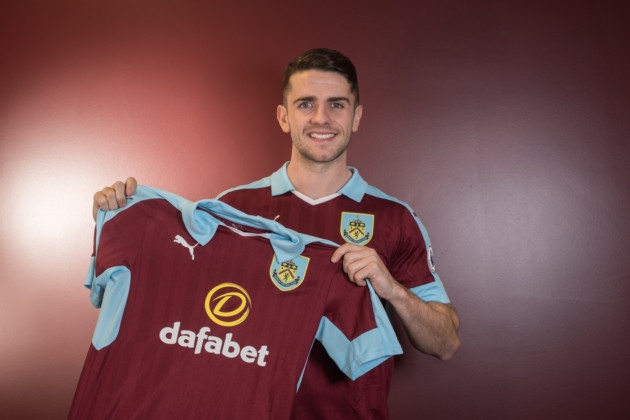 Burnley made a deadline day swoop to bring Robbie Brady to Turf Moor, in what was a club record move for the Clarets.

The Republic of Ireland winger’s switch from Norwich to Burnley could be the catalyst Burnley need to propel themselves back into the top half of the Premier League table.

Despite being just 25, Brady has a wealth of top flight experience with Hull City and Norwich City in recent years, but unfortunately, both have ended in relegation for Brady.

However, he will be hoping for a happier ending this time around, and the Clarets are certainly well placed to do so.

After being written off by most at the start of the season, Burnley sit 12th in the table, nine points above the drop zone, which even the most optimistic of Burnley fan wouldn’t have expected back in August!

One area that the Clarets have been desperate for reinforcements in is the wide areas. With George Boyd, Scott Arfield, Johann Berg Gudmundsson and Michael Kightly, Sean Dyches options on the wing before the Irishman’s arrival, the Burnley boss knew those four options weren’t good enough to keep their heads above water.

Kightly has since departed for Burton Albion for the rest of the season and Brady took his spot, rather surprisingly, on the bench against Watford.

Dyche instead decided to reinstate, Scott Arfield into the starting 11, which did perplex a lot of Burnley fans. Arfield’s work rate is never to be faulted, but in the Premier League, as everyone knows, you need to be able to retain the ball, and Arfield can’t and he is often the reason Burnley attacks break down.

Brady brings an awful lot more to the table than Arfield and he has to start on Sunday against Chelsea.

The Irishman has the ability to get at the opposition full back and beat him, which is something that no one else in Dyche’s squad has.

With Burnley’s strike duo of Ashley Barnes and Andre Gray often starved of service, they don’t score the goals they should and Brady would definitely provide them with more chances from quality coming into the box.

Brady also brings the tag of being a dead ball specialist which for Burnley could prove to be huge as the season wears on.

The Clarets often struggle to create chances from open play and this has been prevalent over the last month. The last five goals Burnley have scored in the Premier League have come directly from set pieces, two from the penalty spot, two corners and a free kick.

One of the Clarets best qualities as a team is the ability to stay in games and possibly nick something up the other end in the form of a set piece and who better in your team to have stood over a dead ball than Robbie Brady.

Simply put, Robbie Brady must start for the Clarets in every game between now and the end of the season. The impact he will have on the team is worlds apart to that of Boyd or Arfield, which is why he should always get the nod.

Will Burnley keep their place in the Premier League? Is Robbie Brady worth the money? Leave a comment below and share this on social media!