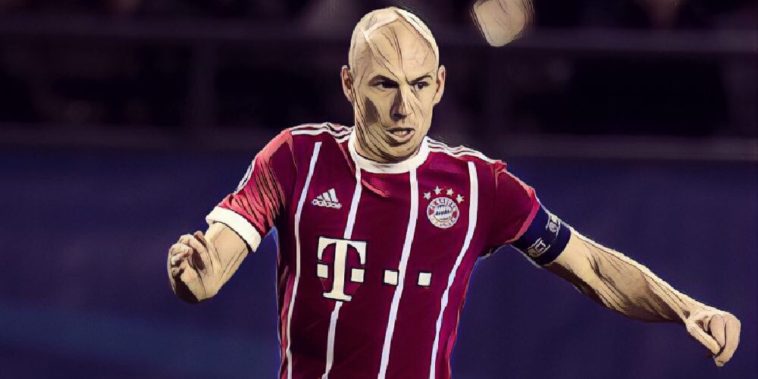 The former Chelsea winger will face last year’s runners up on February 12, for the first leg of their last 16 clash. Bayern Munich have not won the competition since 2013 but have reached the semi-finals in four of the last five seasons.

Bayern have not previously met Liverpool in the Champions League, with the last competitive meeting between the two, coming in the 2001 Super Cup final in Monaco.

Dutch legend, Robben believes his side are up against the favourites in five time winners Liverpool, but he clearly is relishing the two European heavy weights facing off in what promises to be a hugely entertaining tie.

“Liverpool is doing well again, just like last year when they made it to the final, and I also see them as a favourite for the Champions League victory this season,” The Dutchman told a press conference in Germany.

”For us, it was perhaps the worst possible draw, but it’s going to be a great challenge, we have to look at ourselves, keep working hard and improve ourselves.

“If we have a good day and play the way we want, I’m sure we’ll make it very difficult for Liverpool.”