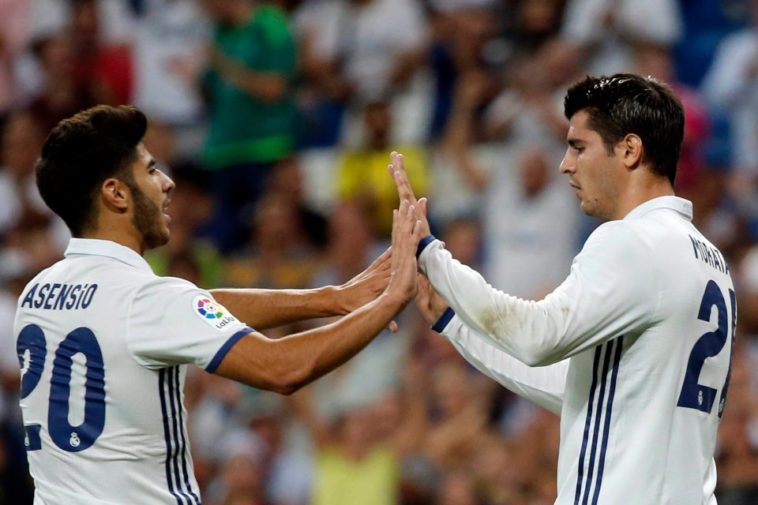 Promising players at Real Madrid have found a safe haven for themselves at the club. Previously referred to as a club which ruins talents, now it is a home for budding talents.

For a long time Real Madrid has been considered a club which ‘buys
its success’, by obtaining established players from around the world rather than creating and developing its own talents.

After the reacquisition of Alvaro Morata from Juventus and bringing Marco Asensio back from his loan spell, the Real squad has been completely rejuvenated. With the likes of Isco and Lucas Vasquez giving stellar performances, Real’s future does indeed look bright. Los Blancos’ so called ‘B’ team is basically a glance at what their future is going to look like.

The creativity of Isco, the efficiency of Morata, the defensive prowess of Casemiro and loads more reassures a Madridista of the quality of their team. A lot of Real’s success this season can be owed to great displays from players who wouldn’t normally feature much under a typical Real Madrid setup.

Despite some questionable team selections, Zidane does deserve credit for the impressive performances of players who didn’t have a significant impact previously, players like Mateo Kovacic and Isco to an extent.

Zidane’s rotation of star players like Cristiano Ronaldo and Karim Benzema is praiseworthy. The Frenchman’s team management this season is one of the leading factors of Real’s domestic and continental success this season.

After all these years of playing with the same team all season and one or two rotations here or there, this season has been a delight for the fans.

With Pepe and Fabio Coentrao leaving in the summer, and Theo Hernandez joining, Zidane is expected to bring in more young talents. Which hasn’t happened much in the past few years.

The so-called ‘B’ team has proven to be better than the first team in some cases. Confirming the quality and depth of the Real squad. A trio of Asensio, Vasquez and Morata up top is one of the best young trios in the world, the stats show it too.

Not only do the youngsters have an elite coaching staff, but legends like Sergio Ramos and Cristiano Ronaldo who are alongside them, tutoring and developing the lads.

Smart transfer business has also been a highlight of Zidane’s tenure so far. Alvaro Morata was the only player signed in the summer transfer window, and safe to say he’s been worth it. Jese, Denis Cheryshev and Alvaro Arbeloa were the notable departures, none have been missed at all.

Real still have a host of excellent young players on loan, who’ll come back to the Bernabeu next season. Marcos Llorente, Borja Mayoral, Jesus Vallejo to name a few. Whether they will go out on loan again or stay at the club is to be seen.

A successful season has come to an end at the Bernabeu, with just one game remaining, a huge one. Not only have Real been successful this year, but also very pleasing to watch. The youngsters’ performance being a major contributor to the happiness of the Madridistas.

It’s safe to say, it’s going to be all roses at the Bernabeu for the next few years.