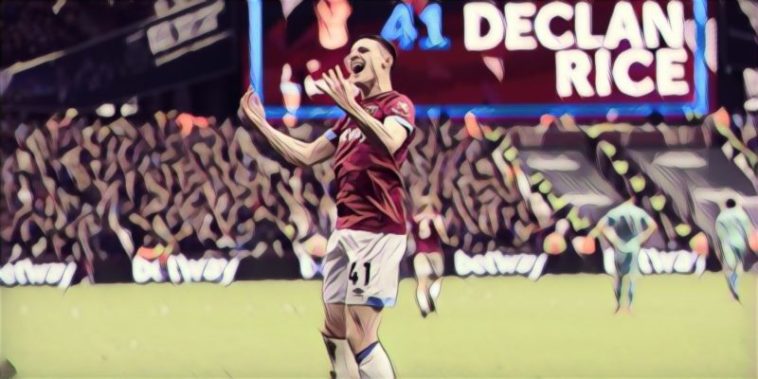 Declan Rice has professed his preference for playing in a holding midfield role for West Ham United, but admitted that he still has much to learn about playing in the position.

The Hammers academy graduate started out his career as a centre-back, but several defensive errors last season saw him demoted to the bench before being trialled out in front of the defence, where he has been a mainstay in the current campaign.

Rice, who was again excellent in the 3-1 win over Fulham at the London Stadium on Friday night, says he prefers playing as a holding midfielder under Mauricio Pellegrini.

“The manager’s been on at me all season to protect the back four and when we saw they were lining up with two up-front we knew they’d be going into the front men because they are big and physical,” Rice told whufc.com.

“In the first ten minutes they got the better of it, and maybe I had to switch on more because Mitrovic was bringing the ball down and playing off that.

“From then on I thought we did much better, me, Nobes and Snoddy. I’ve been playing in midfield so much this season and I’m really enjoying it.

“That’s where I want to see my future. It’s handy that I can play at the back too, sometimes I still train at the back and it’s good to know the position.

“I love playing the holding role, but there’s still much to improve on.”