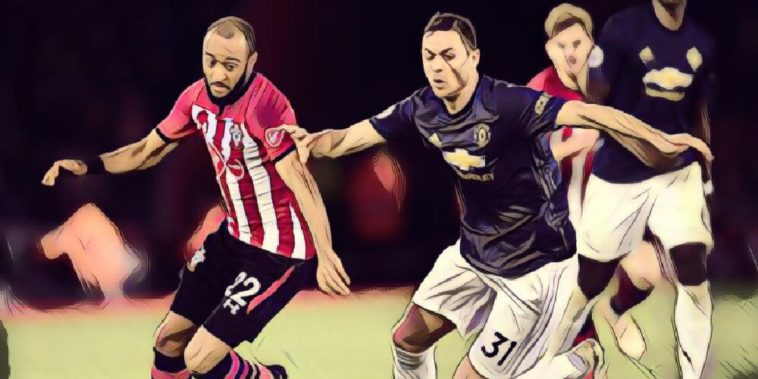 An opening goal from Stuart Armstrong was followed up by a fantastic free-kick from Cedric Soares which had the Saints 2-0 up after just 20 minutes.

Manchester United didn’t throw in the towel though, and goals from Romelu Lukaku and Ander Herrera brought the Red Devils back level before half-time.

Southampton’s Nathan Redmond felt his side should have had enough about them to hold onto their lead and was disappointed they hadn’t taken all three points from the game.

“At 2-0 up we had a foothold, we’ve been working hard in training on different tactics and formations and we stuck with this one from midweek but we’re kicking ourselves that we couldn’t manage the game better,” Redmond told BT Sport.

“We started really well, on the front foot which is what we wanted to do. We have to learn from these things and build. We wanted to impose ourselves and fight, we knew that if we didn’t we wouldn’t have the space to play.”

Despite impressing today, Southampton have now gone eight games without a win in all competitions but Redmond doesn’t feel that confidence is currently an issue for Mark Hughes’ team.

“We’ve got great belief. We take the good and bad and move on from that,” Redmond added.