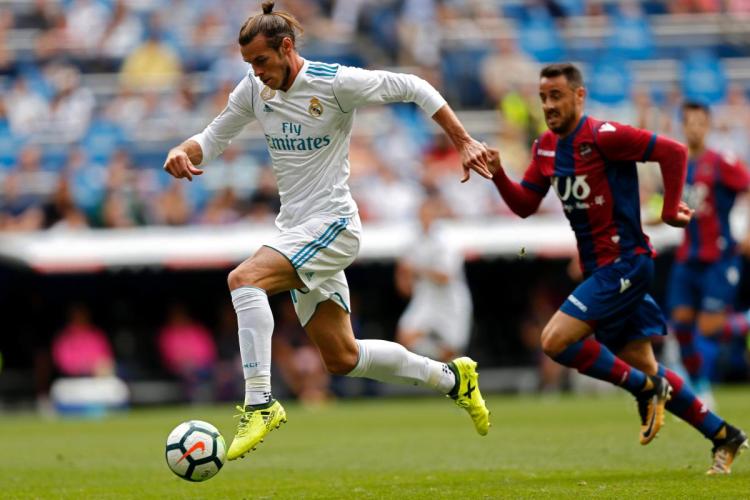 Real Madrid were once again held to a draw, this time by newly-promoted Levante. Although Real dominated the game, they ended up ruing the missed chances.

Zinedine Zidane put out a heavily rotated squad, probably because of Real’s Champions League tie against APOEL, with Kiko Casilla, Theo Hernandez and Lucas Vasquez all starting. Neither Luka Modric nor Casemiro started, which heavily affected the team.

Levante, who won the second divsion last season, went ahead after less than 15 minutes. A long throw somehow found Ivi, who poked the ball into the net. Real’s defence caught sleeping, not a good sight. It was the club’s first goal at the Bernabeu in four years, and that had gotten the fans excited, for a shock result was on the cards.

Real were valiant in their fight back and could’ve gone two or three goals ahead had it been for some luck. Both Marco Asensio and Karim Benzema had shots saved by Levante’s Raul, who had a stellar afternoon.

It went from bad to worse for Real, as Benzema had to be substituted after picking up a knock to the hamstring. This means the club has no out-and-out striker to play against Sociedad next week except for Borja Mayoral, who is still inexperienced.

Then, Ivi almost doubled his tally as his free-kick went just wide of the post for what would have been a crucial goal.

Los Blancos finally equalised in the 36th minute, not in the best fashion though. Lucas Vasquez tapped home after Sergio Ramos failed to score from a header. Real went into the break after missing out on a few more opportunities, but were arguably superior to their opponents.

The story remained the same on the other side of the half, Real coming close to scoring many times, but not actually scoring. Toni Kroos had his low shot saved by a diving effort from Raul and Dani Carvajal failed to score from long range, among a flurry of chances. Raul made the best save of the game, denying Marco Asensio minutes from time.

To add to the problems, Marcelo got sent off after kicking out a player after an attempt at goal. Real will now be without Ronaldo, Benzema and Marcelo next week.

Los Blancos had a couple of great chances in stoppage time. Bale had his header inches wide of the goal and Toni Kroos’ strike struck the outside of the post.

A disappointing end to an unlucky match.