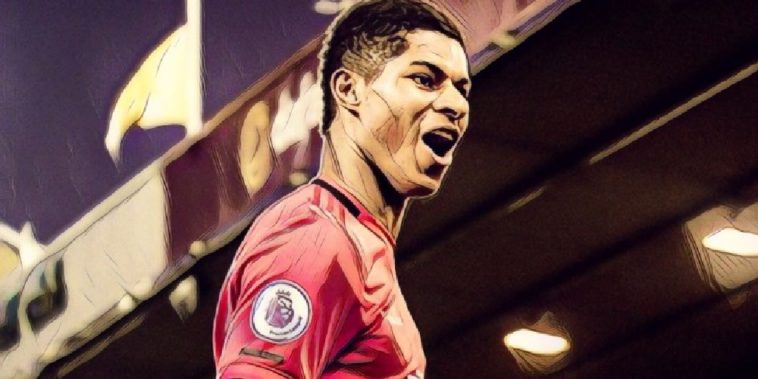 Manchester United forward Marcus Rashford has urged his side to create ‘easier’ goals following the club’s 3-1 win at Norwich on Sunday.

Ole Gunnar Solskjaer’s side secured their first Premier League away win since February with a 3-1 victory at Carrow Road, their second win in succession following the midweek Europa League win at Partizan Belgrade.

It was a much-improved performance from Manchester United whose attacking trio of Rashford, Anthony Martial and Daniel James all impressed, with Martial’s return from injury having proved telling in the clubs back-to-back wins.

The three combined effectively throughout a positive afternoon for Solskjaer’s side, and Rashford has urged his side to continue creating ‘easier’ chances for one another as they look to climb the table following their difficult start to the season.

“I think the one thing we can improve on is making more clear-cut opportunities for each other,” Rashford told MUTV.

“For me, that’s the next step. We’re creating and making each other half-chances, but, as forwards, the easier the goals you can get, the better.

“We want to be able to just square it past the goalkeeper and tap it in.

“We’ve been working hard and I think, if we keep that up, it’ll become easier for us.”

Read – Solskjaer confirms Pogba will be ‘out for a while’