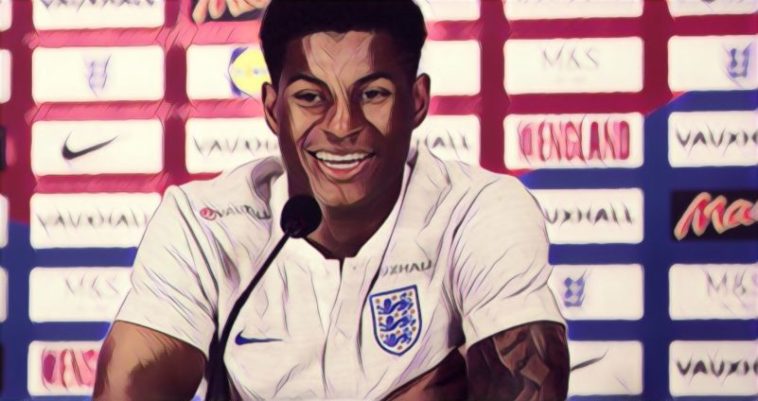 England got their 2018 World Cup campaign off to a solid start on Monday night, by beating Tunisia 2-1 in Volgograd.

The Three Lions started superbly and took the lead in the 11th minute when skipper Harry Kane tapped home from close range, but Ferjani Sassi equalised from the spot 10 minutes before half-time when Tunisia were awarded a contentious penalty.

Gareth Southgate’s side dominated possession in the second period, although they struggled to break down a resolute Tunisia defence.

However, with the game about to enter injury time and England heading for an all too familiar disappointing result to open their account at a major tournament, Kane once again made the difference when he headed home from a few yards out.

Speaking after the game 20-year-old Manchester United attacker Marcus Rashford, who did well after coming on a second half sub, admitted that his team-mates were delighted to get their World Cup campaign off to a positive start.

“It was a good start to the tournament and it certainly gives us a platform to build on throughout the tournament,” Rashford said.

“The important thing was always the three points, but it was good that, especially in the first half, we got the performance we were looking for.

“You would expect us all to be happy and buzzing, which we were. It’s a big step to take, getting the three points.

“Like I said before, it’s a platform for us to build on and we have to improve the performances which will ultimately get the three points.”